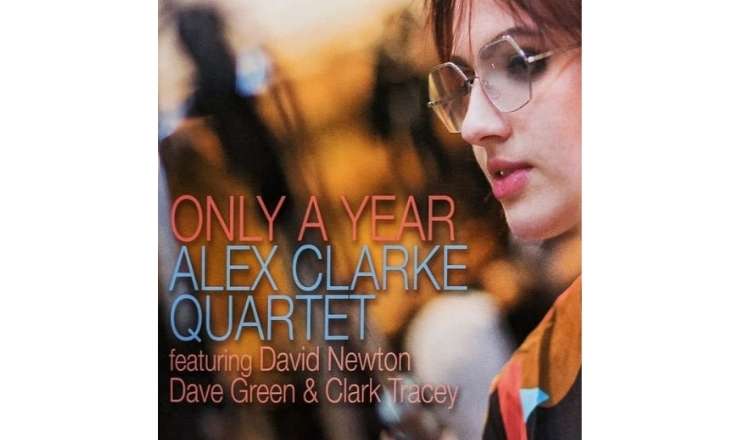 Since releasing her debut album, Mirage, in 2018 and her performance in the final of the BBC Young Jazz Musician of the Year 2020, Alex Clarke has continued to build on her early achievements and in doing so has made remarkable progress.

With this her second album, she has continued to up her game and delivered a fully realised set of standards that is difficult to fault. It certainly doesn’t hurt to recruit a top flight rhythm section of David Newton, Dave Green and Clark Tracey, but you still have to deliver the goods and this the saxophonist does with splendid results.

Playing both alto and tenor saxophones there is little to choose between either horn, and while she is happy to name Phil Woods, Cannonball Adderley and Scott Hamilton among her influences she sounds like none of them, instead bringing her own sound and feel for the material.

After a lovely piano introduction from Newton, Alex romps through ‘Bye Bye Baby’ with a strong and full alto sound, and a solo that is swinging, melodic and refreshingly cliche free.

This is immediately followed by Billy Strayhorn’s lovely ‘Ballad For Very Tired And Sad Lotus Eaters’ on tenor. Played with a big round sound, her tone on the larger horn grabs the attention and leaves the listener captivated by every phrase and nuance as she states the melody. There is a majestic quality to her phrasing on the ballad that is quite arresting, and one that Alex is able to transfer to quicker tempos too, as can be heard with her confident swagger on Erroll Garner’s ‘Shake It But Don’t Break It’.

Her phrasing positively sings on ‘Where Or When’ which also features an ebullient solo from Newton, and Alex pays a fitting acknowledgement to Phil Woods on ‘Brazilian Affair’ with some top draw alto playing.

In a set of predominantly standards, Alex has the confidence to sneak in a couple of her own compositions that don’t sound out of place at all in such esteemed company.

Sitting comfortably in there is a swinging ‘Beetroots Burn’ that have the rhythm section digging right in, and the lovely title track, ‘Only A Year’. A beautiful melody, simply played with a lovely full tone on alto by Alex and a gently swinging and lyrical solo from David Newton. Taking up the baton from the pianist, Alex spins out her own delightful and assured solo on what is rapidly becoming one of my favourite pieces on the album.

All in all, this is superb outing from a young musician who has absorbed enough of the tradition to have paid her dues, and yet feels confident about being able to stand up and bring her own personality to the music.

The rhythm section keeps things tight, yet have enough combined experience to allow the saxophonist plenty of space, and as such the music comes across as being more than simply the sum of its parts.

Special mention should also go to the fifth member, engineer Andrew Cleyndert who does an excellent job of capturing the sound and assisting in making this the quality album it is.