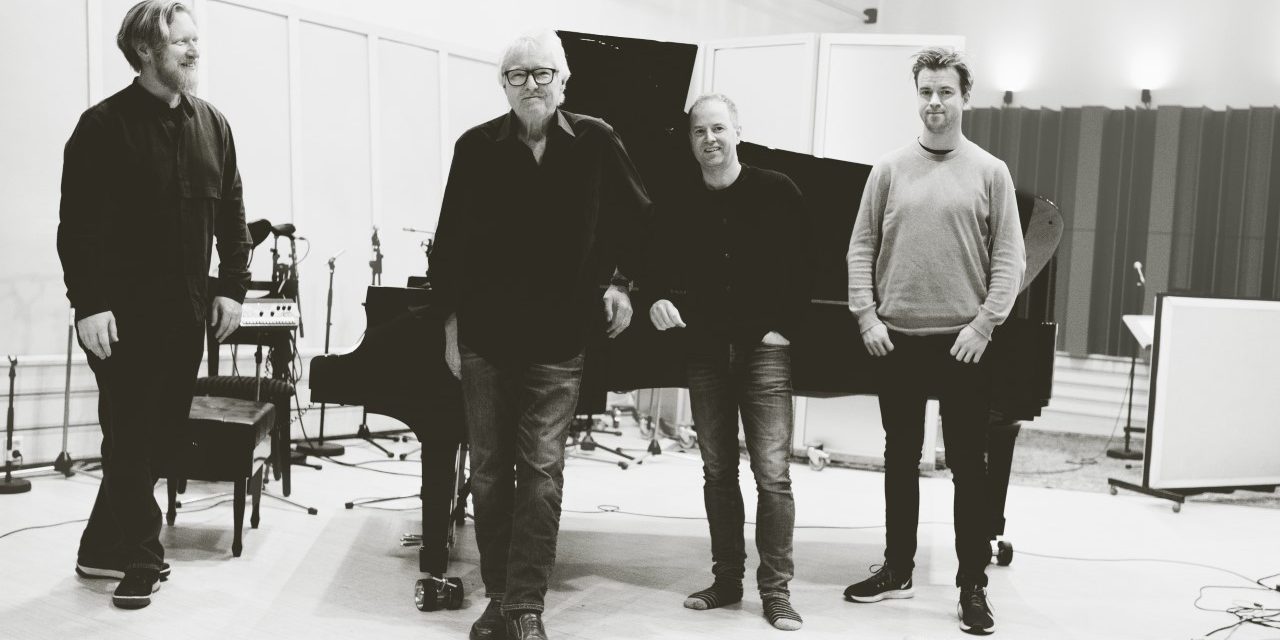 It was a pleasure to have the opportunity to talk to Arild about the new recording and the new Arild Andersen Group.

A major presence on the international jazz scene, Norwegian bassist Arild Andersen has also been closely associated with the ECM label for more than fifty years. During that time, he has helped shape and define what has been called the “ECM sound”, and played on some of the labels most important releases.

Andersen has an impressive and extensive discography of his own for the imprint, and has just released a new album Affirmation, that also introduces his new group featuring Marius Neset and Helge Lien. It was therefore a pleasure to have the opportunity to talk to Arild about the new recording and the new Arild Andersen Group.

A new album with a new group. Can you tell us a little about the quartet and how you came to play together?

I heard Marius Nest for the first time in 2012 and I thought “one day I´ll call him”. So, it lasted until 2018 when I got a request from the festival Vossajazz asking if I could put something special together for the opening concert that year.

I asked Marius and Gard Nilssen on drums and pianist Helge Lien. That was the first concert ´round April 2018.  Gard did some gigs with us but had to have a sub for some concerts and then Håkon came in. He and Gard split the gig for a while. Now Håkon is playing with, but we did a concert at Oslo Jazzfestival 2020 with both of them on drums. That was real fun!

Originally planned as album to feature some of your compositions, what brought about the change in direction and to focus on a collective improvisation as a basis for the recording?

We recorded on the first day five compositions and the next morning one more song. Remembering Manfred Eicher, who could not be there because of the Pandemic, often said when the planned material was recorded and there would be some time left, “Why don´t you guys go in and just improvise a bit. ” So, I suggested that, and we did a 24-minute session with nothing planned.

Everybody was listening well and at certain points came with new directions in the music where everybody would follow and contribute to some new ideas on the way. This became ‘Affirmation Part I’. The sub-titles One, Two, Three, Four are set by me afterwards at points where the music in a way went into new paths. There are no edits in the music. What you hear is what we played.

Then I said, “let’s do another one, without listening to the first one”. So, this became ‘Affirmation II’. Again, I also named Five, Six-and Seven afterwards where the music would move in a new direction. Here also, what you hear is what we played. One of the songs “Short Story “from the written material ends the record on a suggestion from Manfred.

The quartet have been playing together for a while prior to this recording. Is improvising collectively something that you incorporate into the groups live concerts?

Yes, at concerts there will be openings for improvisations where the music can take us in new directions. But it is always within a frame of a tune where we will get back to some written piece.

Due to travel restrictions Manfred Eicher was unable to be present at the recording session. Manfred is often a very hands-on producer, did his absence have any impact on the way the music was recorded or the way the sessions were structured?

Not really. I have done so many sessions with Manfred so this one was very close to an ECM session. I am sure some would have been different, but I don´t know in which way.

You have worked with Manfred and ECM for more than fifty years, how would you say the process of recording and producing albums has changed over this time?

It has somehow retained the same structure. Two days recording, one day mixing.  When the CD format came and a record had to be more than 60 minutes … up to 78 minutes, it could be a bit short with two days recording. Now the situation is back to vinyl format and 40-45 minutes for an album, it is the ideal time.

The quartet brings a new sound to your music with the addition of pianist Helge Lien. Had you been missing a chordal instrument in your group sound?

Not missing. Helge also played some concerts with my trio with Tommy Smith and Paolo Vinaccia. I also made a trio record with Helge and Gard. A live recording from Gutersloh in a series of European Legends. It is called Rose Window on Intuition Records.

Your most recent long term group was the trio with Tommy Smith and Paolo Vinaccia. Your new quartet again has a strong and individual voice on tenor saxophone in Marius Neset but looks to take the music in new direction. How do you see the music of the quartet evolving moving forward?

That´s not an easy question.  As Marius pointed out recently, we have done over 100 concerts. A new setlist every night and the music is different every night.  I hope it can continue like that.

Talking about strong saxophonists you have recorded with a few for ECM, especially Jan Garbarek beginning with Afric Pepperbird. What do you recall about these recordings with Jan early in ECM’s discography?

We were young and searching for structures that could involve pretty free playing but with a responsibility for the group’s sound and output. Jan was of cause the leader and wrote the few/small themes we used. Jon Christensen and I was moving in and out of time playing and as Jon liked to call it “playing waves”. The freer period was the trio with Edward Vesala on drums. We would go on stage with no set list and take it from there. The album Triptykon is still one of my favourites.

Delving into your discography for ECM another important association was with Tore Brunborg and the band Masqualero. I was fortunate enough to hear the group live when the album Bande À Part had just been released. Can you tell us about the band and the three albums that you made for the label?

This band started with a trio gig I had in September 1982. I asked pianist Jon Balke and Jon Christensen to do the gig with me. Then Jon suggested we ask Tore Brunborg and Nils Petter Molvær to make a quintet gig, so I asked them. They had just moved to Oslo.  The gig went very well with a very limited time for rehearsals. So, I booked some more gigs, and it became a permanent band as the Arild Andersen Quintet. We did an 18 gigs tour of England organised by John Cummings at Serious Productions and Rob Adams as driver and tour manager. It was really well organised.

We recorded the first album for the Norwegian jazz federation´s own label ” Odin “. The record was called “Masqualero” after the Wayne Shorter tune.  People started to refer to the band as the Masqualero Quintet, so a couple of years later we decided to go for that name and it worked well in Scandinavia. But the second time we came back for a tour in England under the name  Masqualero, nobody really knew that this was the same quintet touring the year or so before.

It also happened when we played a gig “At My Place” in Santa Monica, Los Angeles. I met people the day after the gig saying “oh we did not know you and Christensen were playing last night we thought it was a Mexican salsa band.”

Then I understood I should have kept the Arild Andersen Quintet name. I recorded 3 albums for ECM with the band under the Masqualero name and I became sideman in my own band! Looking back at it now, I regret we changed the name.

The second album for ECM was called Aero and had guitarist Frode Alnæs in the band. Balke had quit and wanted to have his own group. The last album” Re-Enter” is just Brunborg, Molvær, Christensen and me. We worked as a quartet during the last few years of the band.  This gave me more space for using some electronics.  The band lasted for 10 years touring all over.

As a bassist you have always looked to expand the role of the instrument in any setting that you have found yourself. How do you perceive your role and approach to the double bass throughout your career?

Sometimes I say : my favourite band is a band that doesn’t need a bass-player, meaning the band do not lean on a traditional role of the bass. I like in a quartet all instruments to be equal both in inputs/changing the path of the music and in volume. The interplay should be more in focus than a soloist with a rhythm section.  My latest recording Affirmation is so far for me the best example, and Wayne Shorter once said, “Jazz should be called ‘I dare you’”, and in Affirmation we really got very close.

Finally, what are your plans for the quartet? Are you hoping to keep the group together long term?

I hope to keep the Group together . There are some challenges since Marius just released his own record on ACT, and Helge has a new record next year (on Ozella). I guess most musicians have experienced that if you go out as a sideman it is hard to book your own band in the same place a little later. So, we have to balance how much Helge and Marius can go out with the Arild Andersen Group. But yes, we have some plans…

Read our review of Affirmation at https://jazzviews.net/arild-andersen-quartet-affirmation/