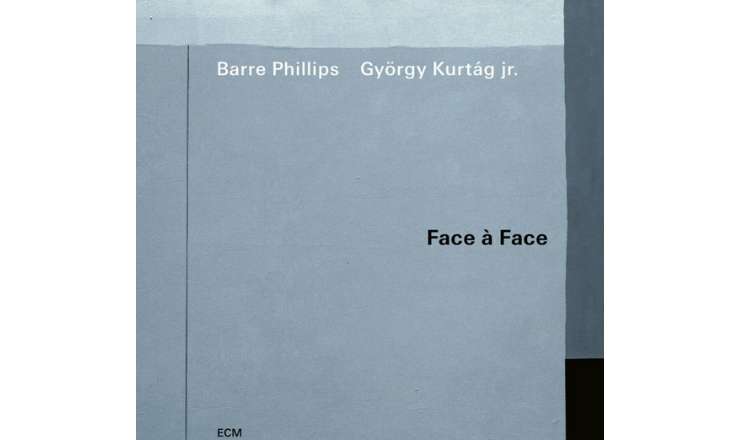 An extraordinary album in what many will perceive as an unforgiving environment, that is neither safe or overtly conversational as is the case with so many duo albums.

Instead, Phillips and Kurtág jr. are able to create a place to inhabit of time and space which is also, paradoxically outside of any perceived notion of the passing of time.

The two musicians have been working on their collaboration and exploring their improvisations as duo since 2014, and with Barre Phillips’ command of the double bass and György Kurtág jr.’s skilled use of synthesizers and digital percussion are able to conjure up a variety of sounds that they mould into sensitive and hypnotic sound sculptures.

In the space of just 33 minutes and over twelve pieces the duo creates a sound world that can be intensely ominous to one that is lyrical and inviting.

Such pieces, created in the moment have an immediacy about them is appealing and intriguing, yet repeated listening reveals an astonishing amount of detail.

The industrial sounds of Kurtág jr.’s live electronics heard on ‘Across The Aisle’ give way to gentle whisperings before being interrupted by Phillips’ arco bass figures that grow darker and more intense, prompting a response from the electronic soundscape.

‘Chosen Spindle’ takes the opposite approach with the electronics taking a more subservient role to Phillips’ plucked lines in an improvisation that places the emphasis on melody and texture;

while ‘Extended Circumstances’ remains content to explore the upper reaches of the bass with superb control and use of the bow.

Listening to the album from start to finish in a single sitting appears to make the analysis of individual improvisations a redundant exercise.

With producer Manfred Eicher’s attention to detail the music flows organically from one improvisation to the next in a manner that is so seamless that one is so involved in the music created that time is suspended until the final notes decay.

It is only when the music has stopped that the listener is brought back to the here and now.