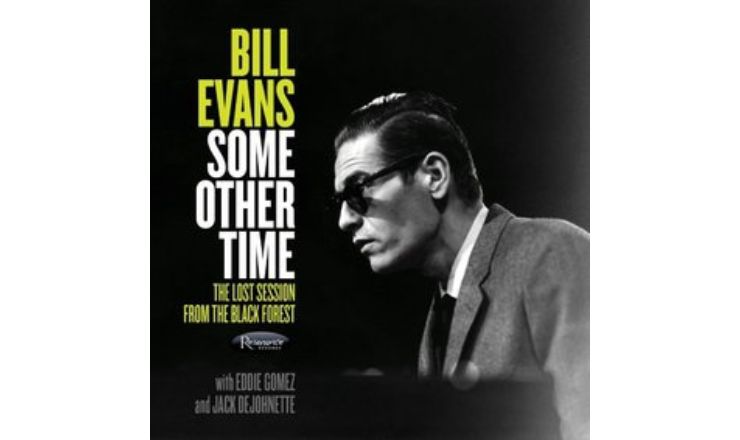 I won’t bore you with the story of why this session by one of the greatest jazz pianists was recorded in 1968 in one of the best studios in Germany, was then lost and only discovered a couple of years back. Interesting, but you can discover that story if you buy the CDs.

This particular Evans trio with Jack DeJohnette has only been documented on record once, ‘At the Montreux Jazz Festival’, recorded five days prior to this date. Even though he was contracted to another label Evans was persuaded by Hans Georg Brunner-Schwer who ran MPS to visit his studio in Villingen, Germany. Brunner-Schwer loved jazz, particularly piano jazz. Oscar Peterson was a frequent visitor to Villinge where he recorded a number of albums in the series ‘Exclusively For My Friends’.

Miles Davis who chose Evans for the ‘Kind Of Blue’ album, once described Evans’ tone as sounding like ‘like crystal notes or sparkling water cascading down from some clear waterfall’. Quite some uncharacteristically flowery loquacity from the usually taciturn Miles!
On the two CDs we hear Evans in three different settings: solo, duo and trio. The trio play on fourteen tracks, while the duo, Evans and Gomez, play on five tracks. The remaining two tracks, ’Lover Man’ and ‘It’s All Right with Me’ are Bill Evans solos.
There are some rarities of song choices ‘These Foolish Things’, (the first time Evans recorded the song) and ‘It Could Happen to You’ (which he recorded only once before).

Bassist Eddie Gomez eventually spent eleven years with the trio; DeJohnette about six months. After they left Villingen, the group went on to spend a month at Ronnie Scott’s before returning to the US. The role that DeJohnette played in the trio is of particular interest. DeJohnette throughout the session provides a sympathetic background using more than brushes. Evans said about DeJohnette: ‘He’s a very creative person and plays piano himself, so he has a melodic approach to a song. As a matter of fact, he’s getting me off my musical ass.’ ‘My Funny Valentine’ displays the subtlety of the brushes, the percussiveness in the piece is from Gomez. Subtle cymbals are there in ‘You’re Gonna Hear From Me’. DeJohnette undoubtedly drives the pianist harder than he has been driven before; a particularly good example is Evans’ own piece ‘Walkin’ Up’ where DeJohnette solos briefly and effectively. It is probable that what Evans heard in the playing of DeJohnette influenced his choice of drummer for the next few years.

The music is a long way from the melancholy of his later years. It has vitality and a joyful energy. Eddie Gomez is very creative and explores the higher reaches of the bass in counterpoint to Evans. In the album notes, Gomez comments on the difference between this sessions and the one recorded five days earlier at Montreux.

There are generous notes from jazz journalist Marc Myers and jazz historian Friedhelm Schulz. Interviews from Eddie Gomez, Jack DeJohnette plus previously unpublished images and the story of the finding of the ‘lost tapes’ complete the package.

If you love the music of Bill Evans then this discovery will be essential; if you just love good music played by one of the great jazz musicians then it is also essential.