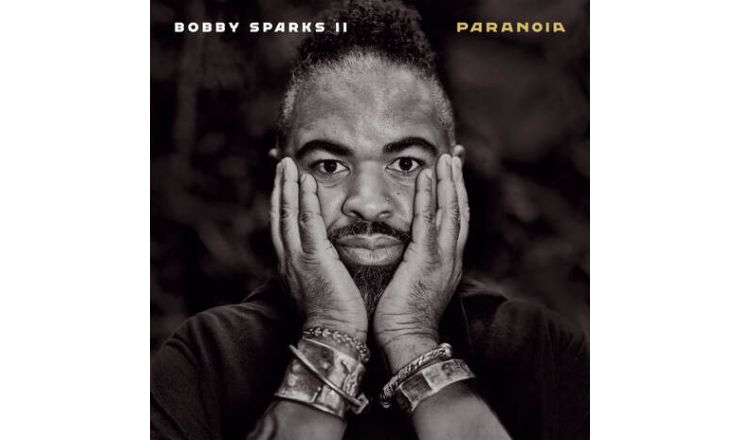 Sparks is a member of the jazz-fusion collective Snarky Puppy and several members appear on this album – bassist Michael League, guitarist Mark Lettieri and drummer Jason “JT” Thomas. Sparks has also played with the likes of George Duke, Herbie Hancock and Marcus Miller, and their influence can be heard throughout the album. This recording features an incredible cast of musicians, including, guitarists Mike Stern and John Scofield; drummers Dennis Chambers and Poogie Bell; bassists Reggie Washington and Pino Palladino, and percussionists Bill Summers and Lenny Castro.

Sparks is one of those musicians who can’t be put in a box, and as a result, this album covers a wide range of musical genres that includes jazz, jazz-fusion, hip-hop, soul/R’n’B, gospel, funk and world music. So if you’re looking for an album which offers nothing but jazz, then this might not be the record for you. However, if you’re into listening to a rich tapestry of sounds and some amazing musicianship, then this could be right up your street.

Having said, I did find this album something of a mixed experience when it came to playing it. Let’s start with the good points – there’s a lot of superb music to be heard, and Sparks is a big fan of 1970s synthesiser technology like the Arp Odyssey, Prophet 5 and Minimoog, so if you like the sounds of the classic jazz-fusion period, there is plenty to savour.

The opening music track, ‘Musical Diarrhea,’ is a terrific track with a terrible title. It’s an 11-minute high-energy jazz-fusion workout featuring no fewer than two drummers, and three lead guitarists – Mike Stern, Dean Brown and Mark Lettieri – who all let rip at various sections in the tune. Bassist Hadrian Feraud plays like a turbo-charged Stanley Clarke, and Sparks unleashes a dazzling figure on synthesiser that cuts across the soundscape like a hot knife through butter. If all this wasn’t enough, Chris Potter plays a ferocious tenor sax solo and trades fours with Stern. It’s a superb band performance.

There are plenty of other good instrumentals that are either jazz-based or which fuse jazz with funk or rock, including, ‘Wutang,’ a mid-tempo number featuring Gregorie Maret on harmonica and Leon Foster on steel drums; ‘Philip Duzack’s soaring trumpet lines and John Scofield’s scurrying guitar solo are two of the highlights on ’Yo Yo’; the funky, driving ‘Pinky’ includes impressive solos by Dean Brown on guitar and Dennis Chambers on drums, and a lively electric violin performance by Mateusz Plineiewicz, which brings to mind the musical explorations of Jean-Luc Ponty.

The sublime ballad ‘Love’ features just Sparks on an assortment of keyboards and a steady beat provided by Jason JT Thomas. Sparks plays with great sensitivity and it’s a tune that could have graced a George Duke album. ‘Sodom and Gommorrah’ is another large slice of jazz-funk, while ‘South Dallas’ is inspired by the Parliament/Funkdadelic sound of George Clinton and has a fine, punchy horn arrangement. ‘Reaper’ weaves strings, sax, drums and synths into a six-minute suite-like piece. Keith Anderson’s tenor sax sings out on this one.

‘Afro Nigerian Girl’ has JoJo Hill delivering terrific lead vocals and background harmonies on this R ‘n’ B number, while the instrumental ‘Jaime Starr’ (a nod to Prince, who had sometimes used the pseudonym Jamie Starr) features swirling strings and a rock-steady pulse that sounds as if it’s played on a drum machine, but in fact is Jason JT Thomas on live drums, while Sparks plays the gorgeous melody, and tones and colours on a variety of keyboards. ‘Somebody Broke My Heart’ is Soul/R’nB’ ballad featuring an impressive vocal performance by Antwan Smith, but for me, the highlight was Sparks’ majestic playing on a nine-foot grand piano – I’d love to hear him play more acoustic piano.

Some tunes, however, were less impressive. A cover of Prince’s ballad ‘Sometimes It Snows In April’ has a fine vocal performance by Lizz Wright and excellent guitar by Chris Bruce (who plays acoustic, electric and bass guitar), but the song’s arrangement is too sweet for my ears. Covers of Ivan Linn’s ‘Love Dance’ and Elton John’s ‘Goodbye Yellow Brick’ are pleasant enough (Andy Timmons plays a short, blazing guitar solo on the latter tune) but hardly get the pulse racing (I wish Sparks had recorded a jazz version of the Elton’s ‘Bennie And The Jets’).

But it’s Sparks’ extensive use of spoken word throughout the album, which both delights and frustrates. The opening track, ‘Prelude’ is a roll call of various significant jazz musicians, such as Miles Davis, John Coltrane, Charlie Parker, Sonny Rollins and Ornette Coleman, who are introduced by various MCs (the voice of Ronnie Scott, for example, announces Tony Williams). Marcus Miller did a similar thing on his 1995 album Tales, although he featured the musicians’ actual voices.

‘Bobby Sparks Senior Talks About The Big Band Era’ is two-minutes of reminiscences by Spark’s father, who recalls the old time jazz bands. It’s very touching to hear (Sparks’ father died in 2009 and the album is dedicated to him), but whether you’d want to play it more than once or twice is debatable. Ditto, the 40-second ‘Dr Rock Kickin’ It At The RMR,’ which is essentially a voice advert for a club night out.

At least these three numbers are individual tracks, which can be skipped. But Sparks liberally sprinkles vocal intros and outros on various tracks, and while some of them might raise a smile on first hearing, they are less than welcome on repeated listening. ‘Letter To Mumbai’ for example, which superbly blends Indian and Western music, abruptly ends with a man loudly declaring: ‘I’ve just met the most marvellous bunch of niggers!” followed by a raucous laugh and the sound of gunshot, completely ruining the song’s atmosphere. The conclusion of ‘Horny Dreams’ features a minute-long statement by Art Blakey, who delivers some fine words of wisdom, but it all rather spoils the song’s ending. Many of the vocal additions sound a little self-indulgent and the effect is rather like someone telling you the same joke multiple times.

It’s a pity, because there are many examples on this album where rap and spoken word are used effectively. ‘Good Morning America’ features Orlando Watson and Christian Windley rapping a strong political message over hip-hops beats coupled with strings that have a Middle Eastern flavour. ‘May Day’ has rapper C Thu’s rapid-fire delivery of a hard hitting message. It’s all combined with a blistering drum performance by Cleon Edwards – his ferocious solo at the coda is breathtaking. ‘Eventual’ is three-minutes of superb vocal acrobatics by rapper John Caruth, accompanied by Sparks, who provides the beats.

Each CD disc ends with a moving gospel performance. ‘Here’s One,’ on the first CD, was written by the African- American composer William Grant Still, and features a string orchestra, the Terrell Experience Choir and the spoken words of Bishop Carlton Pearson. Lead soprano Kiesha Grandy delivers a hauntingly beautiful vocal. Whether you are religious or not, it’s hard not to be touched by what you hear.

The same goes for 12-minute ‘Negro National Anthem (Lift Every Voice And Sing)’ an epic production which begins with swirling strings and a moving poem on the plight of blacks in America, spoken by Verb. The next section features gospel singers Arthur Dyer and Drea Randle, accompanied by the rousing sound of a gospel choir. It’s a joyous, uplifting rendition that ends with a sermon by Dr Zan Westley Holmes, a pastor emeritus, accompanied by some fizzing blues guitar playing by Eric Gales.

All in all, this album is a very impressive musical endeavour, although I hope on his next release, Bobby Sparks II dials down the quirky vocal interludes.