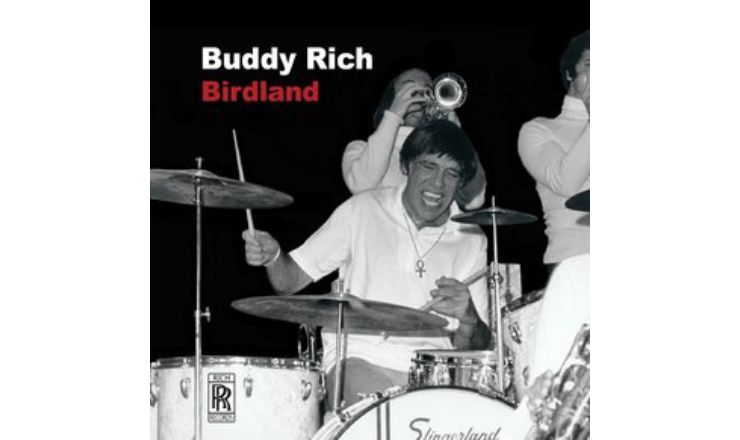 The first jazz concert I ever attended was the Buddy Rich Big Band, a late evening/night concert at the New Theatre in Cardiff in 1982, with the performance kicking off at about 11.00pm. Although I had been listening to jazz seriously for about a year or so at this point, and had of course heard Rich on record, this was something of a baptism of fire and the memory of that concert remains vivid.

Although no recording dates are given, the liner notes indicate that the concerts that make up this album were from a few years earlier, and present a good representation of why the Rich Big Band seemed to be on one long tour, and never short of an audience form this invigorating and exciting bands. Saxophonist, Alan Gauvin supplies the booklet notes and makes a fair argument in his belief that this was perhaps the best big band that Buddy led.

The repertoire is great mixture of the old and the new, and coupled with some great arrangements, as can be heard in a superb version of the hit Weather Report tune by Josef Zawinul’, ‘Birdland’ arranged by Mike Abene and given a shake up with his raucous soprano sax solo.

‘Milestoines’ is arranged by Mike Gibbs, and we get to hear pianist Barry Kleiner before the horns launch into the familiar theme, and a wonderful solo from a young Bob Mintzer on John Coltrane’s ‘Moments Notice’; and not forgetting Turk Mauro’s baritone on ‘God Bless the Child’, all powered along by Rich from behind the kit.

If all this is not sufficient we also get to hear Buddy’s talent as a small group drummer as ‘Just Friends’, and ‘I Hear A Rhapsody’ are given over to the rhythm section.

All in all a great momento for those who witnessed one of the band’s concerts from this period, and fine introduction for those who might not yet have encountered the mighty Buddy Rich Band in full swing.