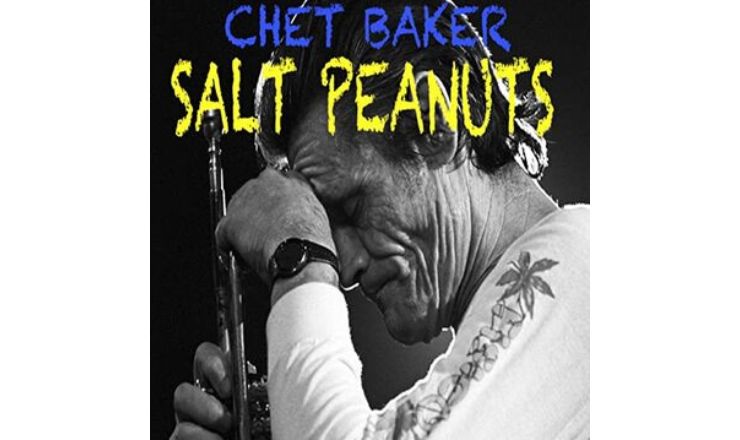 This latest addition to the Sleepy Night jazz catalogue was recorded at The Salt Peanuts Club in Cologne on 23rd and 24th May 1981 and had only previously been available on vinyl and also as a “bootleg” recording. The gig was part of an extended European tour covering France, Belgium, Austria, Germany and The Netherlands. Chet was fifty at the time, just seven years away from his tragic death in Amsterdam on 13th May 1988. There are nine tracks over the eighty minutes taken from the two weekend gigs. For most of the time Chet’ seemed to be in very fine and imaginative form on trumpet, but much less so in the vocal department, where on both tracks, a crowd favourite My Ideal and the great standard My Funny Valentine, both taken at the slowest of tempos, his voice sounds very weak and subdued as if he was suffering from some kind of medical condition or other. Having said that the recording taken as a whole includes some jazz of the very finest order.

The line-up was slightly unusual with the inclusion of a second horn in the shape of the highly respected Pennsylvian Jon Eardley on flugelhorn, best known in his later years for his role within the W.D.R Big Band. The American saxophonist Bob Mover has only two albums credited to him as a leader, but played with Mingus on the very famous “Five Spot Cafe” performances of the seventies and regularly gigged with the likes of Kenny Barron and Tom Harrell. On this session he soloed brilliantly on alto and combined superbly with the twin brass instruments in the ensemble passages. For a while the pianist, composer and jazz educator Dennis Luxion was a mainstay of Chet’s bands and here his relaxed and elegant keyboard style contributed significantly to the overall group sound. The two German musicians joining them fitted in very well, with the ex rock and soul man Rocky Knauer, this time playing the acoustic instrument, benefiting greatly from his advanced position in the recording mix, alongside his compatriot the post-bop drummer Burkhard Ruckert.

The set lists were very much along the lines of the band’s normal live repertoire of the time with some notable additions, including the opener Prayer For The Newborn composed by Monika Linges and Chet’s pianist Dennis Luxon plus a stunning low tempo reading of Monk’s classic Round Midnight. The leader is magnificent on both of these, but it is also the solo passages from Bob Mover’s alto, alongside Jon Eardley’s burnished flugelhorn contributions that take the whole album above the norm’. Many listeners may conclude that Ray Brown and Gil Fuller’s Ray’s Idea may be the highlight track of the album with Bob Mover’s alto at its most agile, Chet’s extremely expansive solo and the vibrant bass of Rocky Knauer all bringing sustained applause from the Cologne crowd. In summary this is a fine retrospective of one of the music’s most loved and iconic figures and also benefits from an intriguing interview with Dennis Luxion about life on the road with Chet Baker, included in the twelve page liner notes.