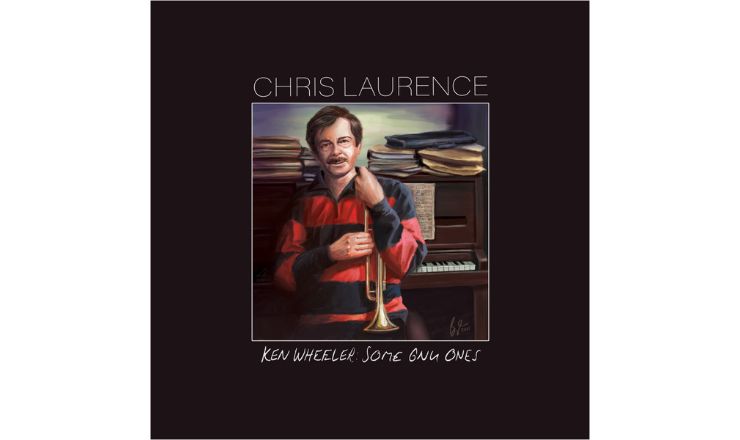 The sounds on the album are unique…

Canadian Ken (Kenny) Wheeler spent most of his working life in the UK and built, across the UK and Europe, a reputation as a great soloist and composer. Wheeler died in 2014.

He left three compositions written for his long-time colleague and friend, the bassist Chris Laurence.

Recording the compositions in 2020- 2021 was a labour of love and a tribute to Kenny Wheeler. Chris Laurence the virtuosi bassist is a player that has contributed to some wonderful albums of British jazz. The fluidity, the strength of his sound as well as his daring choice of notes make him a unique voice. The bass is to the fore on all of the pieces.

Chris Laurence comments: ‘Two of these pieces were given to me in manuscript form by Ken some time ago, but it’s only now that I have managed to record them. Ken was not only a prolific writer of jazz music, but was also extremely interested in all forms of composition. The ‘Piece for Double Bass and Low Strings’ and ‘Baroque Piece’ are examples of his skill. He always liked me to play with the bow, to give the music another dimension.’

C-Man was a piece he wrote when I first had a C-string extension fitted to my bass, and featured it on the album ‘Kayak’, ‘Baroque Piece’ was probably in his mind for us to perform together, unfortunately we never got the chance! I would like to thank all the great musicians that performed on this project. This recording has been made during lockdown, with all the restrictions and limitations that came with it’.

The sounds on the album are unique: in the first piece, the low strings two violas, two cellos and one violin are relegated to the background leaving the foreground to Laurence and vibraphonist Frank Ricotti and the drums of Martin France.

‘C-Man’ has John Parricelli added. Laurence brings out the cello sound of the bass as Parricelli works in duet with Ricotti with Laurence providing the rhythm. The piece ends with a Laurentian flourish.

The third, composition ‘Baroque Piece’, features Tom Walsh on flugelhorn. Walsh has the unenviable task of soloing against the bass and Parricelli’s guitar. It is a restrained but passionate solo in a way that Wheeler would have approved.

Pete Churchill who brought the scores to fruition commented: ‘The original hand-written score consisted of two complete movements and then the beginnings of a final section that seemed to tail off – almost as though Ken had been interrupted. Thankfully he had returned to the score at some point and left us half a page of sketches for the last movement. So I set about the task of completing this piece for Chris – keenly aware of the responsibility’.

This is an unusual album but important for illustrating another aspect of Ken (Kenny) Wheeler’s creativity as well as the beautiful sonorous sound of the great bass player Chris Laurence.