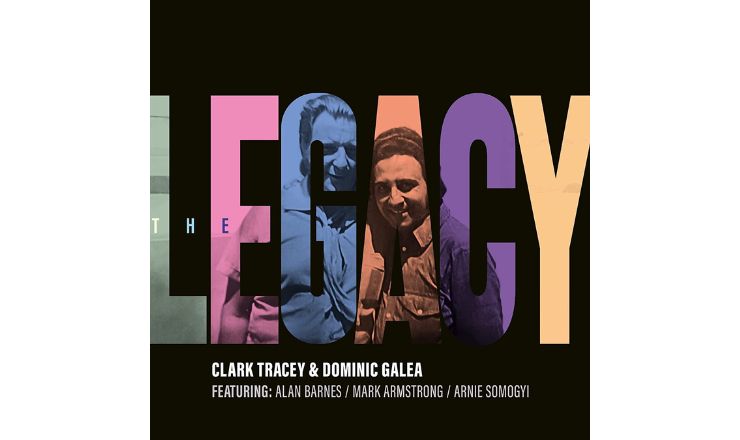 This collaborative album captures both Dominic and Clark at their best.

The legacy referred to in the title of this wonderful release harks back to the friendship between Maltese pianist, Sammy Galea and the UK’s own Stan Tracey, who were both highly respected jazz musicians in their home countries. Through coincidence or fate their sons also became firm friends, and both followed their father’s profession in becoming first class jazz musicians in their own right.

This collaborative album captures both Dominic and Clark at their best in a programme comprising of compositions written by Galea and Tracey Snr. Assembling a top drawer band using the reliable and inventive Arnie Somogyi on bass and the front-line horns of Alan Barnes and Mark Armstrong. All members of the quintet are of the same generation and have played extensively together in various line up over the years. This familiarity with each other’s playing lends an air of maturity and experience to proceeding that shine through in each and every number.

The compositions are all exceptional and delivered with an authority that is immediately attention grabbing and does not let up until the last note fades. That the band mean business is evident from the opening bars of ‘Rainbow At The Five Mile Road’ by Stan Tracey.

After the full steam ahead approach to ‘Rainbow’, Galea follows with ‘November The 15th. Far more relaxed with a controlled vibrancy that yields a lovely solo from Dominic Galea and very different solos from Alan Barnes on alto and the trumpet of Mark Armstrong.

This relaxed state of mind is picked up again on Stan’s wonderful ballad ‘Sweet Used To Be’. Galea’s opening piano is exquisite prior to Alan Barnes’s plangent alto and the burnished sound of Armstrong’s open horn in his finest solo of the set. Lovely stuff!

Sammy Galea had a knack of writing catchy and memorable tunes that swing hard, and a couple such compositions appear here. First up is ‘The Scorpion(F.R.T.S.)’ that has an exuberant and melodic solo from the pianist which is supported unobtrusively by Clark and Arnie Somogyi. ‘At Sunset ‘is another delightful swinger with an unforgettable melodic hook. The tempo and feel of the piece suits Armstrong down to the ground and he gets in a cracking solo. Galea is up next with a brief and concise offering before Barnes gets in on the action, getting in a Parker quotation while trading fours with the drummer.

The saxophonist switches to baritone saxophone for a couple of Stan Tracey compositions. ‘Baby Blue’ has a relaxed and nonchalant air about it, and Barnes takes this as his cue to deliver a suitably laconic solo on the larger horn.

The second baritone feature is on Stan’s ‘Cuddly’ that closes the set. Anything but cuddly, this is a hard swinging number producing excellent solos from all and a fitting way to conclude this fine album.