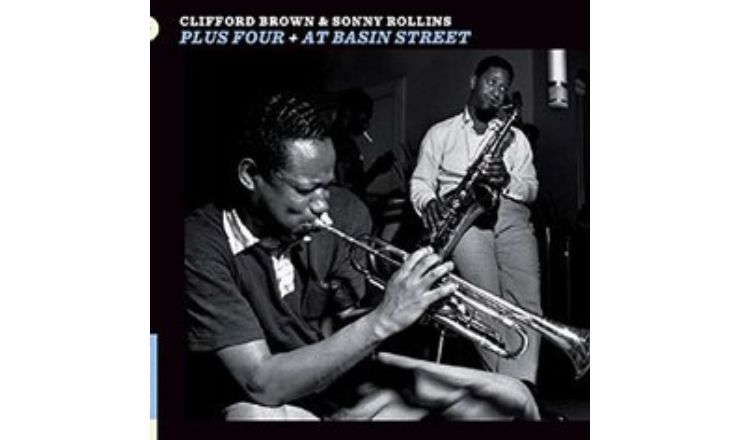 If you close your eyes and think of the great small combos of the mid to late fifties the names that will immediately spring to mind would probably be the Miles Davis Quintet, The Jazz Messengers, Horace Silver Quintet and the Clifford Brown/Max Roach Quintet. All arguably the best combos of their time and all having completely different and individual approaches to their music.

The Brown/Roach aggregation is the least recorded of these bands, with previous line-ups of the quintet having cut some LPs with Harold Land on tenor in 1955, and an earlier quintet with saxophonist Teddy Edwards, Carl Perkins on piano and George Bledsoe on bass that was only recorded once during a concert at the Pasadena Civic Auditorium in April 1954; but it is the group with the young Sonny Rollins alongside Brown and Roach that will forever be remembered.

This set brings together the only three sessions recorded by the band, and issued on the two LPs mentioned above, one under the Brown Roach Quintet and one under the nominal leadership of Sonny Rollins. Even without knowing the tragic events that were to come a short while later, it is hard not to be affected by this music in what must now be regarded as classic albums from this era.

Both albums were recorded in the studio, despite the At Basin Street title, and contain a mixture of original compositions and standards. Rollin’s chips in a couple of pieces that are now widely played by jazz musicians today with ‘Valse Hot’ and the superb ‘Pent-Up House’ with some rather neat themes from band pianist, Richie Powell in ‘Gertrude’s Bounce’, Powell’s Prances’ and ‘Time’. Other timeless compositions of the time come from the pens of Benny Golson and Tadd Dameron.

Throughout, the quintet operate at the highest level of creativity, and if Richie Powell and bassist, George Morrow are given less prominence in the history books, the recordings serve them well showing that despite the heavy weight company they were keeping, they were certainly able not just to hold their own but also contribute greatly to the group sound.

Rollins and Brownie are superb and with Roach’s melodic and subtly forceful drumming propelling things along at quite clip. Both hornmen display poise and elegance in their phrasing however fast the tempo, playing solos that are exuberant yet tightly controlled, spinning out fresh and melodic lines effortlessly. On the evidence of these recordings, both should have been destined for greatness. A destiny that Rollins was to fulfil, but for the trumpeter his career was cut tragically short mere months after these sessions in an automobile accident that claimed him and pianist Richie Powell.

Timeless and indispensable music that should be in every collection.