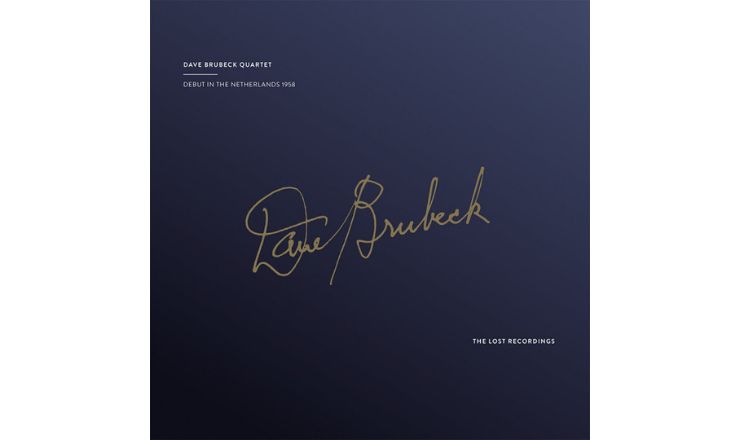 “A valuable, well recorded album detailing a performance of the quartet as it began its most fruitful period.”

Recorded at the Concertgebouw, Amsterdam, the Netherlands on 26th November 1958

Lost recordings are sometimes lost for good reasons. There are people now making a good living discovering lost recordings. Europe is a fertile place for such discoveries because state broadcasters were perceptive enough to value the American art form more highly than the Americans themselves. This recording was not really lost but was recorded by Radio Netherlands and tucked way into their archives.  Being the Netherlands, it would have filed very meticulously.

The Concertgebouw is an important hall in Amsterdam and the home of the leading symphony orchestra in Holland.  Noted for its acoustic, it is a majestic setting. 1958 was a good year for Brubeck. The quartet had achieved a settled status that would endure and lead to some of the best work that the quartet would accomplish.

Eugene Wright was the most recent recruit to the quartet arriving earlier in the year. He went on to record more than thirty albums with the group staying until 1968. Brubeck claimed that the steadiness of Wright’s work enabled the other musicians to be more adventurous. ‘The Wright Groove’ illustrates his work well: it is a melodic, almost humorous piece free from grandstanding.

Joe Morello is quite simply one of the greatest drummers. He was a complete percussionist, happy to accompany selflessly and more than happy to explore complex rhythms. He is featured here on’Watusi Drums’. The rest of the quartet play on the feature, but the musical drumming explores the kit with finesse and without drumming drama.

There are people who listen to this quartet largely to enjoy to the improvisations of Paul Desmond.  The urbane, civilised playing was in contrast to a player like Charlie Parker and many of his acolytes.  Paul Desmond went his own way from the start. In some ways Desmond is still waiting for the recognition that he deserves.  It is very difficult to play like Paul Desmond with melodic ingenuity, taste, grace and invention, harmonic intelligence and gentle sensitivity. Perhaps, that is why so few contemporary players try. One of the pleasures of this album is to enjoy the ease with which Desmond unspools his ideas. He is on particularly potent form on ‘These Foolish Things’ one of the longest tracks.

Probably, one of the secrets of the Quartet is the contrast between Desmond and Brubeck.  Desmond, silky and seemingly effortless, in contrast to Brubeck: heavy handed, earnest. Brubeck does not follow the usual method of improvisation; he unfolds his improvisations according to the mood or texture of the piece.  Brubeck also liked to remind the audience of classical roots. Part of the success of the quartet, as it was of the MJQ, was that audiences could feel that this was jazz above jazz. The choice of ‘Two Part Contention’ was probably triggered by playing in such an eminent concert hall with its links to the classical past.

This is a valuable well recorded album detailing a performance of the quartet as it began its most fruitful period.

The sleeve note writer commits the common error of stating that Brubeck wrote ‘Take Five’. He did not: the composer was Paul Desmond who eventually gifted his royalties from the piece to the Red Cross!