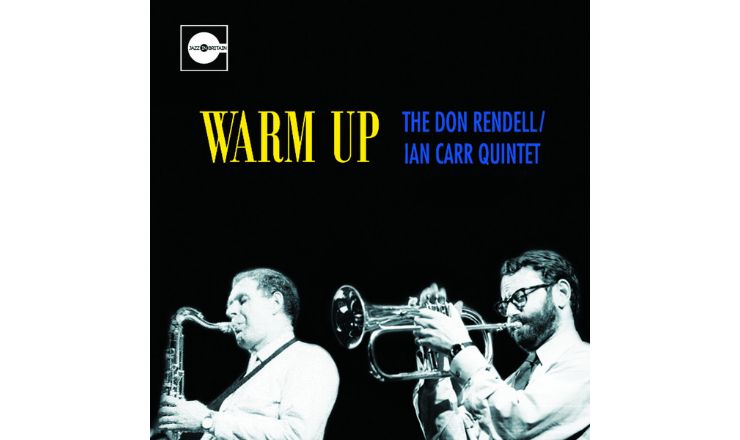 “The album pulses with the lifeblood of jazz itself.”

The album is a limited release only 1000 copies worldwide.

A new album from The Don Rendell – Ian Carr Quintet!  Well,,,,,, not quite. Some of this has been released before but much of it hasn’t and the sound is improved. Michael Garrick, the band’s pianist, arranged with the jazz loving landlord of the Highwayman to have the use of a room where Garrick could book artists.  The quintet date happened between the recording of the albums ‘Shades of Blue’ and ‘Dusk Fire’.  Simon Spillett explains at length in his notes how the recording was made and how it came to be in the archive of drummer Trevor Tomkins.

The reputation of this band has grown over the years to such an extent that it has caused a mild backlash with people questioning if it deserves its cult status. However, the vinyl albums are still valuable and sought after and the music is unparalleled.

Simon Spillett has written notes on most of the recent Rendell/Carr releases.  In his usual perceptive, and well researched, writing, Spillett illuminates the jazz UK scene in 1965 and the way that clandestine recordings were made.  He tries to analyse ‘the magic of the Rendell-Carr quintet, a magic that somehow still eludes definition nearly six decades later.’ His main argument is that the quintet, in spite of its ‘other’reputation did behave like an ordinary jazz group on a club occasion like this.

Spillett makes the point that this is a working band, not entirely the well-honed band of the Lansdowne studios.  In the sixties that was not unusual, the Miles Davis quintet with Wayne Shorter, Hancock and Carter worked on and played originals in the studio but in the concert halls and clubs they reverted to the tried and trusted: ‘Walkin’’, ‘So What’, ‘My Funny Valentine’.

‘Blues by Five’ opens the album and instead of straight forward statements, Carr and Rendell interweave their lines.  Rendell shows his intriguing mix of Coltrane and Lester Young.  Carr, eloquent and elegant. uses his steely tone and his questing spirit to impress.  A good moment is when he solos above Dave Green’s bass.  Garrick is a powerhouse of disparate ideas and shows his sensitivity in the way that he feeds Carr.

‘Hot Rod’ from the album ‘Dusk Fire’ was a favourite of the group.  Carr’s fluent, lucid, creativity hits notes square on with precision.  Garrick’s controlled turbulence is playing to his own rules. Neil Ardley’s ‘Shades of Blue’ from the album of the same name is pure Rendell/Carr:  contemplative, daring, measured, beautifully voiced, with the open sound of Carr and the obligato from Rendell, music reaching out from the confines of the jazz prison.

On ‘Jonah and the Whale’ Carr explores the depths of his muted trumpet against the galumphing rhythm. There is an extraordinary solo by Don Rendell as he veers off piste with a probing exploration of his new found freedom.  Garrick, wayward and idiosyncratic, builds his solo and the tension.

‘Garrison 64’ from the album ‘Shades of Blue’ has Dave Green’s bass line.  This was a tribute to bass player Jimmy Garrison.  Garrick said of Dave Green, ‘that he was a wonderful mix of openness, warmth, sobriety and instinctive musicianship, keeping the piano player’s more outrageously wild arabesques properly grounded’. ‘My Funny Valentine’ and ‘When I Fall in Love’ are two piano features for Garrick.  They are not typical of his work.  Garrick was determined to find some non-American ways of playing jazz and much of his work shows that.  His adventurous outlook had an enormous impact on the work of the group. Probably, more typical of his work is the solo on ‘Promises’.  The track is full of vocal encouragement as Garrick unfurls his potpourri of ideas, influences and rhythms.  It is pure, unadulterated rumbustious maverick.

Spillett finishes his extensive notes by writing of the album: ‘It pulses with the lifeblood of jazz itself.’ As usual, Jazz in Britain and John Thurlow should be thanked for finding and refurbishing important elements from the UK jazz past so that, hopefully, they can inform the future.  The music comes from the Trevor Tomkins reel tape archive. The album is dedicated to Trevor who died last year.