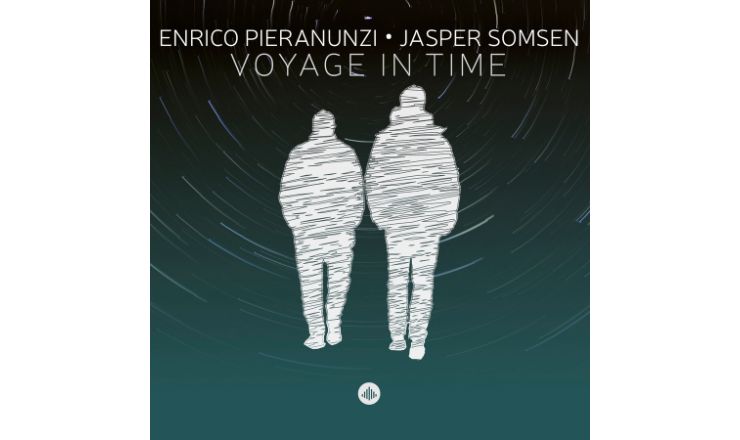 Simply a beautiful piece of work.

The dialogue between jazz and classical music remains as fertile as it has ever been with today’s generation of conservatory and college trained virtuosi possessing the technique and scholarship to switch seamlessly between the two genres. Maestro Pieranunzi and his colleague Jasper Samson are two such musicians and both declare a love of classical music which exists in perfect harmony alongside their passion for jazz and their activities as world class practitioners of the art.

Of course, this shouldn’t surprise us for how can one escape the influence of Bach. His musical innovations remain foundational and have proved inspirational for so many jazz musicians, especially pianists.

What makes this `Voyage in Time` suite special is that whilst the aura of Bach glimmers over the proceedings in that each of the movements bears the title of a Baroque era form with which he would have been familiar, none are transcriptions of actual music composed during that period unlike the output of the Jacques Loussier Trio or The Classical Jazz Quartet, to cite but two examples of crossover stylists.

Whilst they chose to invest existing classical compositions with jazz devices the music offered here is original, each piece a composition by Somsen, emulating the form and likeness of baroque styles but enriched with modern harmonies, improvised discursions, blues inflexions and rhythmic flexibility.

The suite opens with a stately `Pavane` and proceeds with measured elegance through to its finale taking in a series of courtly dance variants like the menuet , sarabande , courante and valse, picking up the pace to accommodate more bucolic , rustic forms like the `Sicilienne` or slowing the pace for the simply expressed lyricism of a ballade and air.

Throughout the two musicians operate as one mind as the music flows from past to present and back again without a hint of disconnectedness with the jazz elements appearing as a natural progression from the formalism and ornamentation of the baroque.

In this respect Somsen’s bass plays a pivotal role, achieving a contrapuntal dialogue with the piano whilst maintaining the essential jazz pulse and working in solo passages in complete coherence with the mood and structure of the piece in question. He plays mainly pizzicato but in the finale takes up his bow and delivers a yearning arco solo.

At just under 40 minutes their musical offering might seem like short measure in a CD format, but such is the quality of the playing and the recording that the listening experience induces a feeling of timelessness with considerations of duration becoming meaningless. Simply a beautiful piece of work.