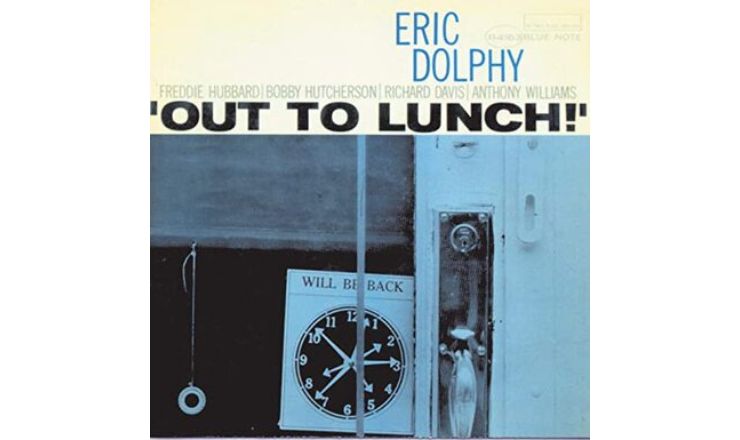 A timeless classic from the iconic Blue Note label, recorded just a few months ahead of the legendary Eric Dolphy’s death at the age of only 36. He took his first steps to a staggering musical career at The U.S. Navy School Of Music in 1952 with his contemporaries Gerald Wilson and Buddy Collette. The saxophonist later came to the attention of the jazz listening public with Chico Hamilton’s quartet in 58 at the well documented Newport Jazz Festival, where he played flute, before going on to make five albums with the band. He went on to be a cornerstone of the Mingus groups for a few years, recorded with them twelve times before forming a bond with John Coltrane at the turn of the decade, while also becoming a key part of the small groups led by Oliver Nelson and Booker Little. In his short career Eric Dolphy made only seven albums under his own name, although after his untimely death there were over twenty posthumous releases of archive recordings. In all he appeared on over eighty albums and became one of the most lauded and admired figures in the history of creative modern jazz.

Many say that this was the cornerstone recording of his career, it’s a difficult one to argue against. The line-up of the quintet is awesome. Trumpet man Freddie Hubbard, aged 25 at the time, had already appeared on Dolphy’s 1960 album Outward Bound, spent time with Art Blakey and made 9 albums as a leader. With his exquisite tonality and improvising ability there were few above him. Only three years into a five decade recording career Bobby Hutcherson was to become a staple of the Blue Note groupings and destined to take his instrument into more complex environments than even the more well known vibraphonists of the period. He enhanced many forward thinking bands including those led by McCoy Tyner, Jackie McLean plus The San Francisco Jazz Collective. The multi genre Chicago musician Richard Davis who is still going strong at 90 years of age, was Dolphy’s choice on bass. A man who was just as comfortable during his long career with Van Morrison, Bruce Springsteen or the orchestras of Leonard Bernstein and Gunther Schuller, as he was with small group progressive jazz, centered the band with his usual commanding presence as he did for many. Still a teenager at the time it was obvious to many that Tony Williams had the talent to become one of the greatest drummers of all time. As we all know he went on to hold the drum chair with Miles during his most creative period as well as becoming first call for Herbie Hancock and a Blue Note regular. This session provided an ideal window into his many yet to be revealed triumphs.

It almost goes without saying, that most people agree that this is a cornerstone album of modern progressive jazz. All the compositions are by Dolphy himself and the musicianship is of the very finest order on a set that challenges many ears but rewards each playing with the secrets it gradually reveals. To some minds there is no sound so unique and infectious than Eric Dolphy on bass clarinet, and it is that instrument that holds sway on the opening cut, Hat And Beard. Double bass and vibes form the initial backdrop as Eric gently wails and quietly screams on the woodwind instrument. It’s almost lyrical in parts and knit perfectly together throughout by the Chicago bass man, while Tony Williams resides in a heavenly world of his own, just as he continued to do with Miles, some five years later. Bobby Hutcherson is at his crystalline best when he solos, with Freddie Hubbard coming late to the party with an intense and lyrical solo which is the complete antithesis of what’s gone before. Anyone hearing this opening track for the first time could only anticipate the glories to come, and they would not have been disappointed. There’s an almost ambient feeling in parts about Something Sweet Something Tender which points the way to much later recordings. Eric remains on bass clarinet for this one, the arco bass is glorious at the beginning, leading to a beautiful and almost mournful trumpet solo from Freddie before the leader returns in strident mode to take stretching the capabilities of his instrument to their extreme towards the close. Side 1 ends with Eric taking up the flute on the upbeat Gazzelloni, his playing is almost “Kirkish” like at times. There are some perfectly placed prompts from Bobby’s vibes while the bass holds it all together once more, before a searching solo from Freddie’s trumpet preludes an ensemble close. The title track Out To Lunch takes up much of side 2, it opens with a short march like intro’, before the leader takes up his alto for the first time, his playing is really “off the wall” on this one, you can tell Tony Williams likes it as he also goes off in multiple directions leaving only the bass to hold the early passages together. Davis remains central as the piece segues into a minimalist duet with vibes, later enhanced by imaginative cymbal work from Tony Williams before things come to a fitting close with snappy short statements between trumpet and saxophone. All good things must eventually come to an end, and so they do with the closer Straight Up And Down. There’s lots of tension and release here on a tune and arrangement that’s far more straight ahead than what’s gone before. Eric remains on alto, is present for the majority of the time but seemingly holding something in reserve. Freddie gets more exposure than before with a well considered lyrical interlude, Bobby Hutcherson answers in similar mode before Eric takes it out almost playing the blues. The whole thing is one giant of an album easily holding a place at the pinnacle of recorded jazz.

This review is based on the 1985 re-released CD. It was originally available as a vinyl LP reference BLP 4163 and on various digital platforms.