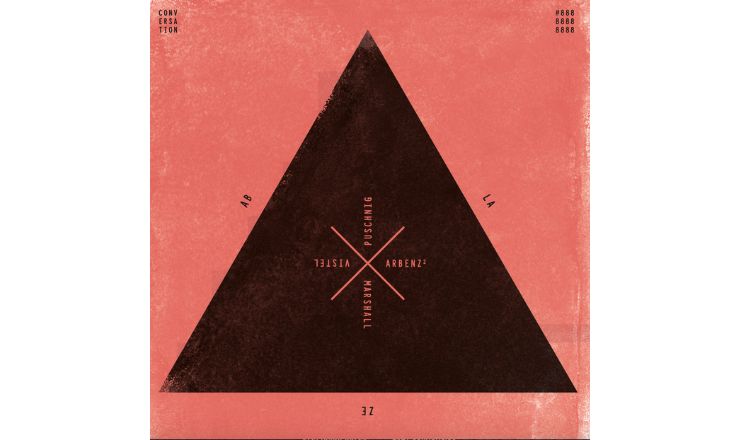 Some of the earliest jazz bands of the 1920’s had a tuba player in their lineups.  Jelly Roll Morton, Louis Armstrong’s Hot Seven, and Duke Ellington’s first bands had a tuba.  Before electrical recording, with a microphone, musicians would stand in front of a bell.  A bass would cause vibrations and that drove the engineers crazy. A tuba wouldn’t do that.

Bobby Mcferrin may have said it best about tuba player Oren Marshall; “I ain’t ever heard a tuba being played like that before.”  Oren has toured the world several times.  He plays with jazz, classical, and world music musicians.  He’s performed for the queen and the pope.

Oren Marshall and Florian Arbenz on drums playing in lockstep start ‘Catch Me If You Can.’   The wonderful trumpeter from Cuba Jorge Vistel plays over the top.  Wolfgang Pushnig joins in on alto sax.  Wolfgang plays with a lot of energy and his tone reminds me a little of Ornette Coleman.  I’ve not heard many tuba drum duets but that’s how this tune ends.  Arbenz is all over his drum kit.  He’s got nervous energy to spare and Oren Marshall keeps up with him.  Playing a tuba isn’t easy.  The mouthpiece is a lot bigger than say a trumpet so it’s hard to play a lot of notes fast.  Oren makes it sound easy.

‘Rivulets’ starts off with Oren’s tuba sounding like a foghorn.  Wolfgang and Jorge play the theme together for a while and then trade off solos.  When the tuba and drums are pushing the tempo along they can sound like a slow moving freight train.

Michael Arbenz plays piano on ‘Choral’ and it sounds like a different band!  Someone may have said,”The piano player’s here.  We’ve gotta play pretty.”  Florian uses his brushes a lot.  Jorge’s trumpet sounds gorgeous.  Wolfgang and Oren sat this one out.

Florian Arbenz wrote all the music except for Eddie Harris’s ‘Freedom Jazz Dance.’ Jorge and Wolfgang duet on trumpet and alto for a while until Wolfgang plays an instrument I had never heard of; a hojok, a reed instrument from Korea.  I’d say it makes a delightfully pleasant sounding screech?

‘Insight Straight’ closes the album and it cooks!  Tuba and drums set the tempo and the theme. Trumpet, sax, and even the piano play off the groove Oren Marshall’s tuba put in play.

Florian Arbenz grew up in a house filled with old jazz records.  He wanted to put together a band with a lineup that looked like a band from the 1920’s and one that had that same “joyful spirit”.

I probably wouldn’t play this in the background when my grandmother comes over for tea.  It’s adventurous music.  With a little bit of effort though you’ll find it’s got more than enough “joyful spirit”