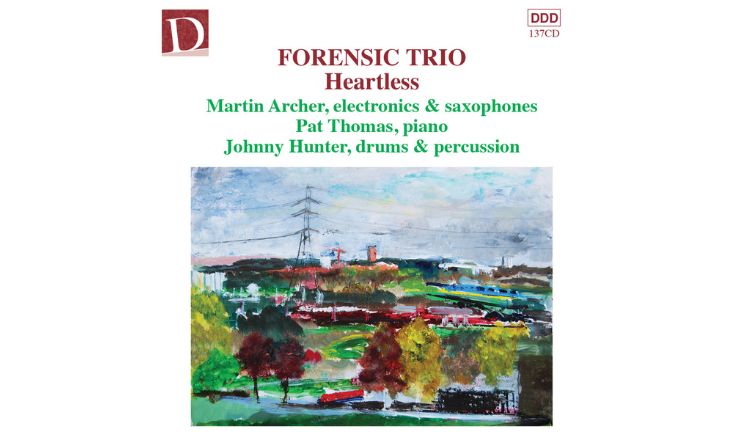 …A highly rewarding exploration of the ways in which short motifs can be juggled, pulled, poked, and pushed into surprising shapes.

With titles such as ‘Rotten Start’, ‘Rotten Star’, ‘Heartless, heartless / Rotten State’, you get the idea of where Martin Archer and his bandmate’s political sympathies were at the time of the recording.

But this is less an agitprop recording than a complex and highly rewarding exploration of the ways in which short motifs can be juggled, pulled, poked, and pushed into surprising shapes.

That, in itself, provokes an interesting question on the nature of recording improvised music.

As Derek Bailey has argued, If improvisation is always a matter of responding to the fleeting moment, then recording this becomes a contradiction in terms, a paradox in which the ‘moment’ ceases to be fleeting and is forever preserved in the amber of the recording.

A problem, for Bailey, is that the recording could be mistaken for the real-time, live, negotiation of musical interactions. My reference to Bailey is not simply academic but provides a link to the long career of Pat Thomas.

As a lynchpin of much of the UK improv scene, Thomas has been playing with a wide range of musicians in recent years, inspiring and encouraging a new generation.

And, of course, you can hear Thomas’ playing in the large-scale Discus project the Anthropology Band. As is often his wont, Thomas, works inside the piano and with the keyboard, often simultaneously (in ways that, if you have the chance to enjoy his live performances are often as entertaining as the music itself).

On this set, Hunter gamely follows the rhythmic suggestions thrown out by Thomas who, in turn, aids and abets Archer’s broad range of noises and motifs produced from a family of Eb saxophones (sopranino, alto, baritone) played straight or through a melange of electronic effects.

To return to the recording improvisation, the question is muddied further by Archer’s remixing some of the material.

Through such mixing, Archer is further pulling at this particular thread of argument – but adding a further twist (particularly with the use of electronics during the recording process) in that the combining of sounds produced during the improvisatory sessions becomes another mode of musical creation.

Albeit a mode in which a single author rather than a collective voice is the arbiter of the recording.