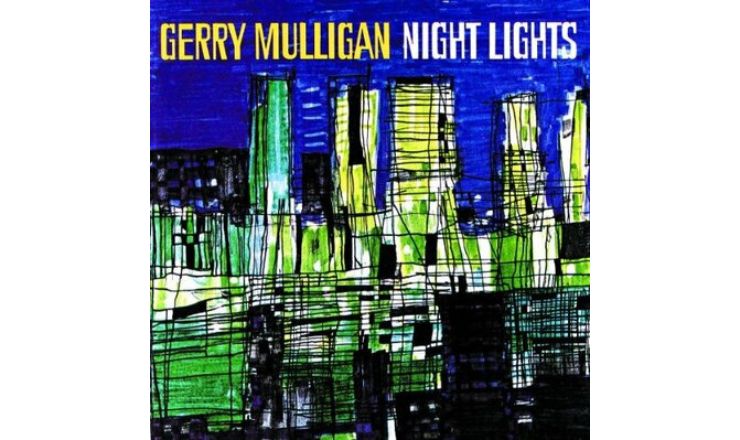 Gerry Mulligan, was as we all know, the most iconic figure of the baritone saxophone and a major force within the West Coast “Cool School” of American jazz. Indeed he was voted number one musician on his instrument by Downbeat magazine, for an incredible 42 years in succession. In at the start of this genre of jazz, the complete antithesis to Be-Bop, he played on, and contributed three numbers to the “Birth Of The Cool” sessions in 49 with Miles, Gil Evans and all. Also famed for his piano-less quartet with Chet Baker and many other collaborations with major players, he was a fine composer, arranger and Big Band leader. His 59 recordings under his own name were supplemented by numerous others as a sideman. Gerry was born in Queens, New York city on 6th April 1927, he died aged 68 on 20th January 1996, after complications from a knee operation, in Darien Connecticut. At the time of his death he had been married to his third wife The Countess Franca Rota Borghini Baldovinetti for twenty years. They met while the saxophonist was on tour in Rome. Many agree that the great man’s success was, above all other, his unique ability to manipulate the sound of the baritone saxophone in a similar uncluttered and smooth fashion as others would the tenor.

At the time of this recording Mulligan was thirty seven years old, very well established and able to call upon five other top West Coast musicians for the session, despite the fact that the recording actually took place at The Nola Penthouse Studios in New York. It is surprising to this writer that the album seemed to be somewhat overlooked nearly six decades ago when it was released. It is difficult to find any reviews of more than 3 stars, even Richard Cook and Brian Morton in the excellent Penguin Guide To Jazz Editions show little enthusiasm. This is in stark contrast to the many enthusiasts I know who own the album and find it a real gem. The scene is best set in directly quoting the closing paragraphs of the liner notes written by the truly wonderful Willis Conover, writer, promoter and broadcaster of “Voice Of America” fame. How much of his tongue was in his cheek we will never know but the following certainly gives us a wonderful insight to the language of the time.

​”​Musicians know of rooms around the World where lights are low and tables too. They find them when the gig is through, to talk and drink and smile. The sandy sounds of dancing feet are the loudest in the room. You know the scene.
​Remember once a room so dark the street outside the window glared by contrast. Doors were locked, the air was sweet, the cigarette was shared. Maybe there was Thornhill’s ” ​Snowfall”, “Dusk” by Ellington, “Our Waltz”, by David Rose or “Moonlight Serenade”.
​The bands are not the same. The songs are new. But nothing’s really changed.”

​The disc opens with the Mulligan original and title track “Night Lights”. The leader is on piano here , his considered and crystal like approach sets the ambiance for the whole session. Both Art Farmer and Bob Brookmeyer show the very lightest of touch in their solo’s before the piano returns in a piece which fully reflects the cover art of the album. Louis Bonfa’s “Carnival” from Black Orpheus was a fine choice for this group with Mulligan’s baritone delicately delivering the theme over Jim Hall’s guitar before valve trombone and flugelhorn take things up a notch over Dave Bailey’s metronomic but entirely appropriate drum contribution. Side one ends with the leader squeezing every drop of emotion from the theme statement of “Wee Small Hours” which serves as a prelude to the outstanding solo of the whole album from the superb Jim Hall which calls to mind his wonderful contribution to Sonny Rollins “The Bridge” just a year earlier.

A venture into the world of Chopin opens Side 2 with Mulligan’s sonorous baritone to the fore on his own arrangement of the “Prelude In E Minor” before the longest and most upbeat piece on the disc finds the classical theme continuing with his self penned “Festive Minor”, which on some reissues is shown as “Festival Minor”. This is perhaps a more apt title where Farmer and Hall both take sprightly but still intimate solos before Brookmeyer’s trombone almost growls during one of the very few ensemble passages on the disc. The strongly themed original “Tell Me When”, with the most light of touches in an exchange of solos between saxophone and trombone brings this most satisfying and for many people, “must have” album to a close.