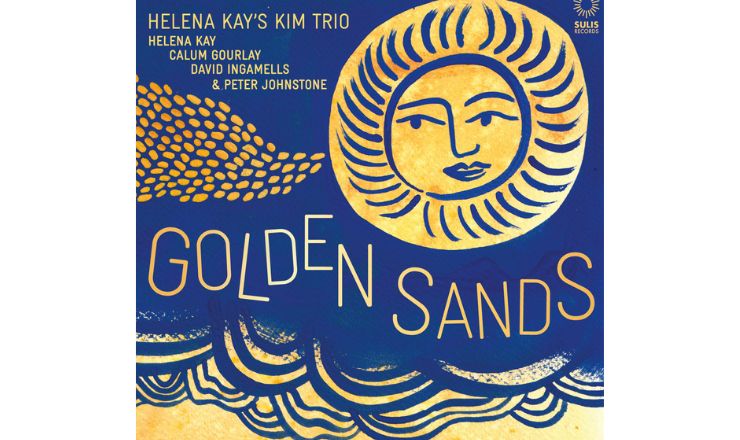 A formidable saxophonist and composer… Quite simply, outstanding!

After greatly impressing with their 2018 debut, Moon Palace, Helena Kay’s KIM Trio return with a new album, and a completely different twist on Kay’s exciting and fresh contemporary compositions.

If Moon Palace was indebted to Sonny Rollins and his playing with a piano less trio, Kay none the less was able to exhibit enough of their own music personality and prowess on the tenor saxophone to serve notice that they were a vital and important new voice on the UK jazz scene.

This has been confirmed with their new album, that shows a new found confidence and the maturity to make both compositions and concept stand up on their own merits.

This time out, the trio with Calum Gourley replacing Ferg Ireland on bass and the addition of pianist Peter Johnstone to help fill out the denser harmonies of the compositions.

Kay felt the new tunes being more complex required the support of a chordal instrument, and this decision is borne out not just in Johnstone’s superb accompaniment but also his fluid improvisations.

A gentle nod to Coltrane permeates ‘Towards The Sun’, one of three long tracks at just under the ten minute mark, that refuses to waste a second. Nothing is superfluous, and every note is made to count, with Kay’s majestic and steely tone on tenor to the fore.

This can be also said of all the tracks on the album. Drawing inspiration from places that are important to them, namely Scotland, New York and London (Kay has lived in all three), the saxophonist has delivered up an album that is full of character, history, and a neat summation of the current jazz scene and their position in it.

Cosmopolitan in its approach Kay has written compositions that reflect not only the place, but also a perspective on the moment in time that they were written, superbly conveyed and captured by the KIM Trio and Peter Johnstone.

The opening ‘Amor y Amargo’ is the name of a cocktail bar in the New York’s East Village, and one is given the feeling throughout of sitting in NY club listening to the band.

This is immediately followed by ‘Xian Impressions’ which is apparently a great place for noodles in north London, and is a tough no nonsense composition that features some wonderful playing from Johnstone and also feature drummer, David Ingamells.

Transported back to New York and specifically the Village Vanguard for ‘For Tuesday Club’ in which Kay recalls hearing a lot of inspiring music a with friends, the saxophonist proceeds to deliver the same with a complex and intricate theme and a superb dialogue between tenor and drums that is totally captivating.

As is the rather gentler ’20/20′, a lovely melody from Kay that is played with a great sound and control, producing a solo of delicate intricacy that harks back to past masters yet looking firmly to the future.

The four years between recordings have been a productive time for Kay.

A formidable saxophonist and composer before, they have come back with a stronger concept of how they can make the music their own with a set that encompasses many bases, yet is tightly focussed and clear in its direction. Quite simply, outstanding.