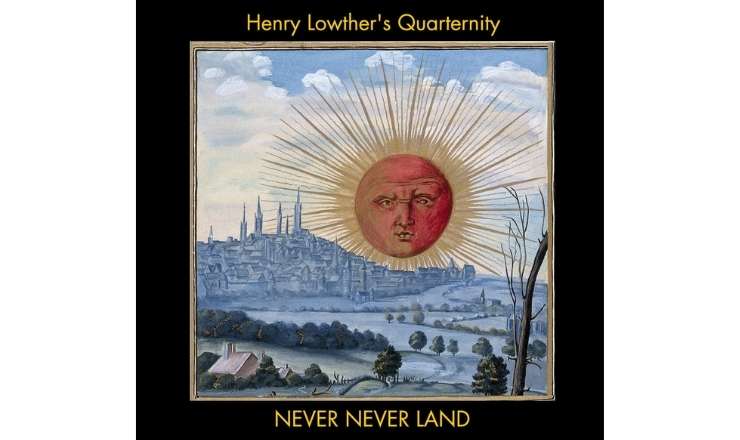 Bandleader, composer, violinist and trumpeter, Lowther has been playing for over half a century. His sounds have graced the bands of Mike Gibbs, Mike Westbrook, John Dankworth, Gil Evans and George Russell.

He is an in-demand session player, a performer in a wide range of music including classical ensembles such as the London Philharmonic.  He is a renaissance man, a man for all seasons, a jazz treasure.

Lowther claims that the name of the 70s band came from the writings of the great Swiss psychologist, C. G. Jung.

Apparently, Jung was obsessed with symbols of a union of a group or set of four that is sometimes known as a quaternity.

Lowther recognising the pretentiousness says now he would not dream of giving a group such a name!  I think it is possible to enjoy the music without knowing anything about Jung!

Henry Lowther writes: I think the music on this album comes over as a perfect picture of those times from the 1970s onwards and it certainly goes to somewhat fill in some of the many gaps that exist in the history of British jazz.

One of the gaps gives an opportunity to praise Trevor Tomkins, the master percussionist who energised many hours of music in the 1960s and subsequently.  With Quaternity he is not as restrained as he was with the great Rendell Carr Quintet.

The other gap is filled by the grievously under rated Phil Lee.  Lee wrote six of the tracks.

His playing with a strong but subtle Spanish tinge is a revelation, especially the way that he complements Lowther’s trumpet playing.

The combination of trumpet and guitar works well.  The metallic vibrations work to the advantages of both instruments.

The opening of Lowther’s ‘Chinese Wand’’ with Lowther on violin brings out another aspect of this remarkable group. Perhaps now, Lee’s writing, playing and composing will receive overdue recognition.

There are no gaps that Dave Green has not filled.  He was, and continues to be, ubiquitous. Dave Green dominates many of the tracks.  His sound is characterised by flexible solidarity.

There is a section of ‘Chinese Wand’ where Green and Lee duet meaningfully against percussive punctuations from Tomkins.  It is one of the highlights of the album.

In ‘The Story So Far’ we have Lowther tightly muted, enjoying the space freed up by the comping of Lee.  The tight compressed notes spin out in a glittering web of sound.

‘A Night in Amnesia’’ has my award for the best jokey title.  It has Art Themen being pungent and just skirting the ugly without descending into ugliness.  Art Themen ‘s playing with long plangent notes is assertive and one of the best solos on the album.

Phil Lee enjoys the sound of the guitar, glories in it and sets the mood for ‘Third world Song’.  Chris Laurence searches out the Theme unusual notes and explores aspects of the bass that verge on the abstract:  an interesting comparison to Dave Green on earlier tracks.

So, here is music from the seventies (74 and 78) from some of the great names of that era and this.

Thanks are due to producer John Thurlow of Jazz in Britain for curating this.