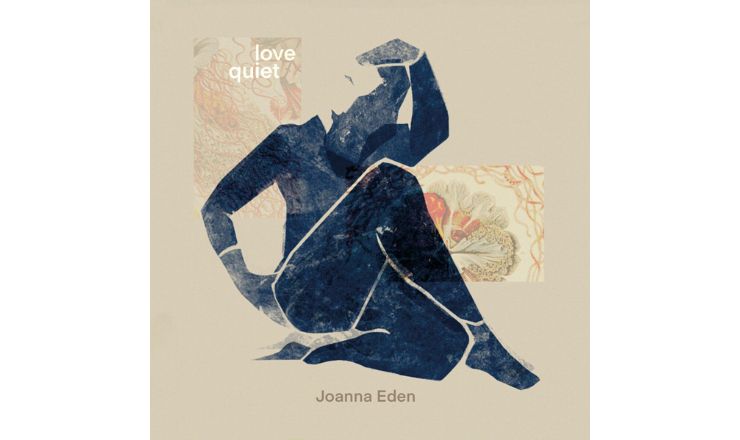 There is something quietly disarming about the new album that makes the moment absolutely right for these songs.

This is an intriguing and beguiling album from singer/songwriter Joanna Eden. Quite a departure for Eden, the closest thing in her current discography is her 2018 album Truth Tree, and even this does quite capture the essence and compassion that is Joanna Eden as finely as does Love Quiet.

There is something quietly disarming about the new album that makes the moment absolutely right for these songs. By Eden’s own admission, it appears that it took a global pandemic and the quiet, solitude and peace that followed for the music to come forth.

Each of the songs is beautifully crafted, and much care and attention to detail has gone in the arrangement of each.

Every track has its own identity and yet has a sense of continuity in their relationship with the other songs to produce an album that projects as a well-conceived concept and dispels any notion that the album is merely a collection of songs.

A consequence of this is that it is impossible just to dip into the music selecting songs at random, and the album demands the listener’s attention and time to listen in its entirety.

What makes the album so compelling is Joanna’s abilities not just as a fine vocalist, but also as a song writer of distinction. Indeed, of the ten tracks on the album it is the eight original songs that resonate most strongly.

The song writing partnership that is blossoming between Joanna and her partner and bass player, Andrés Lafone is responsible for four dynamic songs that have a refreshing diversity and refuse to be pigeon-holed. ‘Firefly’ and ‘Love Quiet’ have a world music feel to them, with the use of percussion and hand claps, and the former and sound of the berimbau on the latter.

Both tracks are powered by an instantly attractive bass line from Lafone that forms the backbone of the piece without distracting from the vocal or the cleverly arranged backing vocals that are so much a part of the music.

‘Sunrise’ has a charm that is impossible to resist, and a get up and go that makes you… well get upand go, while ‘Smiling’ is one of those songs make you reflect on the love in your own life, and the way it makes you feel.

In addition, there are four songs penned solely by Eden, and these are integral to the overall content and contrast within the set.

‘So Many People’ gets up and shouts from the rooftops in a joyous performance with a suitably raucous guitar solo, and a gutsy vocal, and the percussion led ‘Freight Train’ that features another fantastic arrangement and strong bass line from Lafone.

However, it is the ballad ‘Falling’ and the incredibly moving ‘Love’s Children’ that are totally captivating. These pieces find Joanna delivering her heartfelt lyrics in a manner that is utterly believable, with ‘Falling’ having a rather unique sound palate of slide guitar and mellotron, and another lovely and empathetic contribution for Lafone.

As for ‘Love’s Children’, I must admit that this song and its lyrics really connected with me, as a parent and grandparent the words made me think of the requests made upon me by my young daughter and grandchildren to come and play.

The innocence of childhood is a beautiful thing to be cherished and Joanna has captured this beauty with both her words and music.

This is a lovely album with music that was composed and conceived during traumatic and uncertain times and yet sounds fresh and optimistic for better times ahead. An inspirational collection of songs that warm the heart.