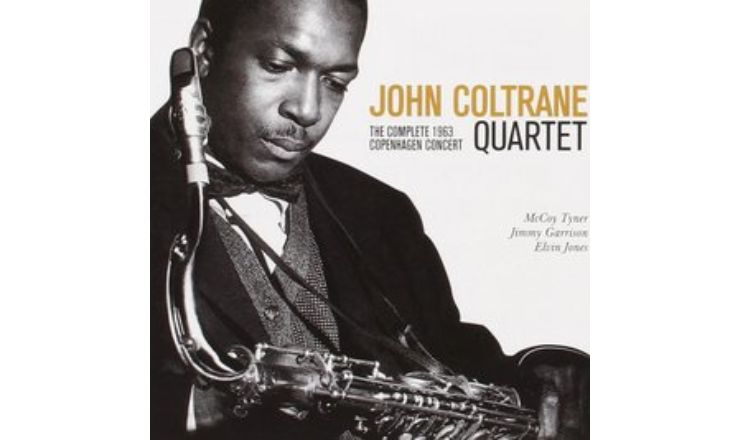 I could simply list the tracks on this double CD and that would be recommendation enough. Recorded on the 1963 tour of Europe, this is the definitive John Coltrane Quartet at its musical peak. My edition of the Penguin Guide to Jazz on CD suggests that the 1963 tour was ‘slightly anti-climactic’; on the basis of these tracks, I have to disagree. Although, compared with say, the Stockholm recording of the same tour, this set feels much stronger (even though the pieces are more or less the same, taken from the short set list that the Quartet toured in the October and November of that year). The recordings are made from radio broadcasts and this inevitably creates a distorted sound in places. I guess you could argue that the recordings should be filtered to within an inch of their lives to remove the imperfections, but it is the muffle and distortion that lends an authenticity to the recordings. I would argue that too ‘clean’ a sound could lose some of the immediacy of the playing. Who remembers the excitement of listening to late-night radio with a single ear-piece? If the music is as good as this, then the quality of the recording can be excused. This really is the John Coltrane Quartet playing as a quartet at the peak of its powers; not John Coltrane with support players but an integrated team of virtuoso musicians. As a document of the period between his Atlantic and Impulse years this is an interesting record of how sounds in the Quartet are developing, how Coltrane is experimenting (still within the strict confines of bop time signatures) with his style and sound, how Jones crashes through the rhythm and Tyner becomes one of the most accomplished bop pianists.

CD1 has two tracks. Mr P.C. runs to just under 24 minutes. I’ve always felt that this tune owes much to Sonny Rollins version of the tune ‘Shadrach’ (especially his recording with the Modern Jazz Quartet) and, on this recording, Coltrane has a sound more like Rollins than later Coltrane. This is followed by Impressions which, at just over 19 minutes in, suddenly fades out. The sleeve notes explain that the tape recorder ran out of tape before the end of the tune. On both of these pieces, Jones keep a bruising pace on his drums, Tyner’s solos are exquisite and then the Quartet drops out for Garrison to play bass solos of around 8 minutes each. I would say that these solos alone are worth the price of the CD.
CD2 has The Promise, Afro-Blue, Naima and My Favourite Things, with Coltrane alternating between tenor and soprano saxes on these pieces and sounding more like his later (Impulse) self. Hearing the Quartet work through pieces that they have been playing for some four or five years gives a strong sense that these are now their Standards and they are exploring the spaces in each piece to see how to push the limits in their solos. Central to this CD is the version of My Favourite Things, played at a faster, more urgent tempo than studio versions, with Coltrane ripping through the theme and piling up new ideas in his improvisation.

There are some live recordings which are only recommended for completists. This is not one of them. Rather it is an essential recording of the John Coltrane Quartet playing live and nailing every one of their tunes with verve and precision.