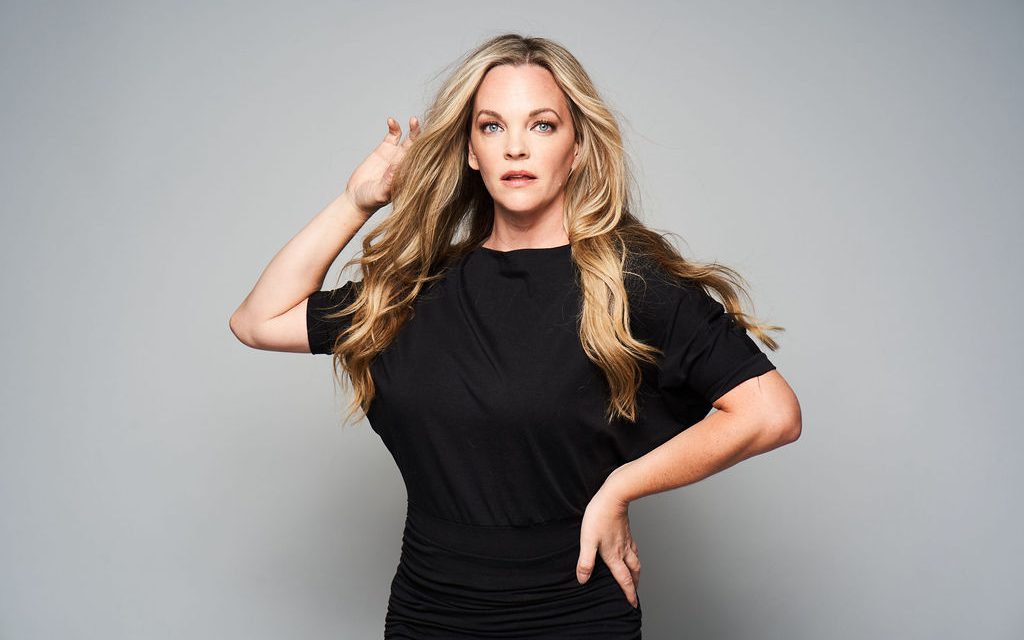 The Canadian-born daughter of two working musicians from the US, Kari’s childhood was spent crisscrossing North America by car. She played in various pop, rock, cabaret, and jazz groups through the early 2000’s in Canada and the US before moving to Europe in 2003 where she spent 4 years writing, recording, and performing.

While working in Seattle as a private chef by day, and performing music at night, Kari signed up for a flying trapeze class. There, she met her husband, Gary, in midair; he owned a circus school and performance venue in downtown Seattle. They married a year to the day later.

Working together, they produced professional large-scale theatrical circus shows before Kari switched her focus back to her passion for jazz.

Her debut album ‘Wild is the Wind’ was released to critical acclaim in early 2021 and she returns in 2023 with its follow up.

if (when you go) is arranged and produced by four-time Grammy nominee, Shelly Berg, and breathes fresh life into a range of classic songs, backed by an all-star line-up and brought together by lush arrangements and immaculate production at one of Los Angeles’ premiere recording venues.

I had a cassette tape of ‘Blue’ that I carried with me everywhere I went when I was 9. I was astounded by the freedom of Joni’s lyrics and melodies on that album. I can still sing every word and transpose every solo by heart.

When I discovered ‘Court and Spark’ on my mom’s vinyl shelf about a year later, I nearly wore it out. Listening now, I can sense a transition from intimate singer/songwriter to a more sophisticated sound that really explores jazz idioms.

The woodwind arrangements by Tom Scott, and background vocals by Joni, David Crosby, Graham Nash, and Susan Webb really shine over the gorgeous structures of these songs.

An aching, lush, gently-synth-laden masterpiece that is many steps away from the jazz realm, but affected my sense of phrasing, melody, and song-styling deeply, The Sensual World tells 10 tales of love, loss, lust, and ‘what if’s’.

Kate Bush’s always-unique approach combines traditional Eastern European and Irish sounds with a heavy blanket of layer upon layer of backing vocals and swirling pads, bass lines that flow through each piece like a swollen river, all culminating in a dream-like collection of short stories that spoke to me as though it was written for me alone, on first listen.

3. Jeff Hamilton Trio – Catch Me If You Can

I’ve admired Jeff Hamilton’s work for years, but when he released Catch Me If You Can in July of 2020, it gave that first tumultuous summer of the pandemic a ray of hope dressed as a ride cymbal.

Jeff has played on over 200 albums in his career, and is just so damn tasty no matter the combo. I was drawn to his Trio work when I first saw him play live in 2017. Having just spent a week on the Jazz Cruise this January, I was certain not to miss a single of his performances there. I got to hear some backstory of this particular album, and they played most of it live over the course of the week at sea.

Tamir Hendleman on keys is a genius artist, composer, and arranger in his own right, but put him and Jeff together and you’ve simply got magic. Jon Hamar rounds out the Trio with his straight ahead, warm, round bass tone with precision and grace. ‘Helen’s Song’ is a particular gem for me.

A Jeff of a completely different kind. Again, this is an album not even remotely rooted in jazz, but rather, one that was somewhat difficult for the reviewers of the time to pin down. Elements of rock, indie-folk, blues, and an avant-garde, soaring, ethereal vocal styling made Grace, Buckley’s only studio album, a heady mix of guitar-driven musical bliss.

I had a friend who worked for a University paper, and he had 2 tickets to review a show. I accompanied him and the moment Jeff stepped on stage, was transfixed. Granted, to me, his live show wasn’t as compelling as the album itself, but there was that “thing” about him that made it impossible to ignore what was happening on stage.

His presence was at once flamboyant and introverted. ‘Grace’ remained in my 5-disc changer (yeah, I’m THAT old) for 2 years without being removed once in the mid-90’s.  It took me almost 20 years to gain the courage to cover one of his songs. ‘Lover, You Should’ve Come Over’ closes my second album.

It’s nearly impossible to choose a “favorite” Eva Cassidy album. I’m not sure what’s more admirable – her genre-bending body of work, or her absolute refusal to be pigeon-holed into any particular style or image. She simply sang what she wanted. That’s it. I couldn’t love her more.

This album features more jazz and blues tunes than some of her other folk/pop works (many of them posthumous), and while the content could be seen as a bit ‘fluffy’ on first glance, her unpretentious, joyful renditions of ‘Cheek to Cheek’, ‘Blue Skies’, ‘Honeysuckle Rose’ (and many more) taught me so much about re-imagining and re-styling well-known standards in a way that connect with an audience in such a pure way.

Her voice is raw and stunningly beautiful on this album, and despite her illness at the time, her elation in the music is absolutely undeniable.

This was the first Eliane Elias album I ever heard. I was working as a server in a restaurant in Pittsburgh, PA, and the manager knew I was also a musician. He asked me to curate a cd collection for the restaurant, so off I went to Tower Records, meager budget in hand.

I was instantly hooked at the listening station as Eliane’s signature bossa piano licks kicked in right off the top of this album. Reviewers complained that her voice was too thin to be featured, but I think it’s a touching, vulnerable contrast to the bold strength of her infectious Brazilian jazz piano work.

I bought a copy for the restaurant, and one for me.

Innovative yet somehow completely familiar and comfortable, the ambitious penultimate work of XTC is often on my turntable.

With song structures and stacked vocals often compared to the Beach Boys and the Beatles, I can get completely lost in this album, easily forgetting that it’s over 20 years old (and if Apple Venus isn’t playing, you can bet it’s Nonsuch or Skylarking instead – the latter coming in at nearly 40 years old!).

Throw on some good headphones and listen to this when you have time to really digest it. ‘Knights in Shining Karma’ is my favorite cut.

8. Julie London – Julie Is Her Name

Julie London’s voice is like warm honey in the sun. I could seriously listen to this album every day for the rest of my life. Her cool, confident, carefree phrasing, and sensual breathiness are nothing short of intoxicating.

The arrangements are straight ahead, and her natural, unaffected voice complements them perfectly.  Listening to Julie London gave me the confidence to embrace my own natural breathy voice without apologizing for it.

To me, it brings an intimacy to the songs like no other. ‘It Never Entered My Mind’ is usually the track on repeat at home.

My initial introduction to Shelly’s work, this Trio album just shines from beginning to end. I’ve never, ever, EVER heard a better rendition of Estate. Ever. I must have played it a thousand and one times, and each time I come to the end of the 6+ minute piece, I am ready to start the journey all over again.

Blame It On The Sun is also simply breathtaking. When I heard this album (and in all fairness, those two songs alone could have sealed the deal), I knew that I wanted to work with Shelly… somehow, some way. Fast-forward, in our seven years of working together, Shelly has taught me more about being a vocalist than I could have learned in a lifetime from performing alone.

This album is a testament to his ethos of not ‘gilding the lily’, and instead, finding the soul of the song and exposing it in the most honest, vulnerable way possible.

Stacey Kent’s voice is unmistakable; her tone is her signature – I love that. She has a breathy playfulness that invites you in, as though she were standing right next to you, curling her finger to bring you even closer.

Part sassy ingenue and at the same time, as worldly as they come, she offers up the Great American Songbook with confidence and ease on this album, and brings a gentle, contemporary sound to timeless pieces. One of my favorite elements about Stacey’s work is that she really honors the songs she sings; she keeps her vocal arrangements simple, and true to the melody, letting the lyrics speak for themselves.

Her phrasing is innocent yet elegant, and crystal clear diction allows you to truly understand what she’s singing. This is a ‘late-night-dancing-in-the-kitchen-barefoot’ album if there ever was one.

Thanks to Kari for taking part!
You can discover more about her and her latest release here.