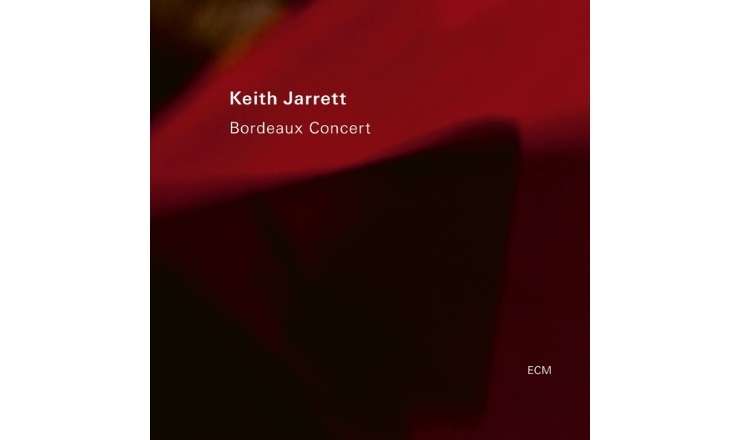 When this concert was performed little did anyone know that this would be Jarrett’s last performance in France and indeed his last European tour. We are therefore fortunate that now no less than three concerts from the tour have been released following on from Munich 2106 (from the last night of the tour on July 16) and the Budapest Concert from July 3.

The concert series so far released finds the pianist at an artistic high, each concert full of surprises and yet wholly satisfying as improvised suites. And an improvised suite this concert is, with no standards as an encore to conclude the concert the performance it can only be judged on the creativeness of the artist on the night, and Jarrett does not disappoint.

The concert catches Jarrett in lyrical form, and many of the improvisations take on a song like form, so perfect is the structure and architecture of the music that one could be forgiven for thinking that it is preconceived or indeed a fully composed piece. The concert begins, as do many of the pianist’s concerts, with an exploration of the piano presented to him for the performance.

Jarrett looks for the sweet notes and how the instrument performs in terms of touch, timbre and dynamics; before leading into a lyrical yet dark melody that demands further investigation of Jarrett before reaching its gentle conclusion.

This is immediately followed by a tentative improvisation with the pianist taking fragments of melody interspersed with silence, before an insistent left hand rhythm briefly appears as if from nowhere only to disappear just as quickly and the piece concludes as quietly as if the interruption in the flow had not occurred.

Throughout the music is deeply satisfying, often with the pianist seemingly conjuring up melodies at will.

With a steely control, Jarrett allows each to run its course, nothing overplayed or understated, yet perfectly formed. ‘Parts IV’ and ‘V’ find the pianist building the improvisation against melodic fragments and rhythmic figures that dance and weave around each other.

Playful and full of energy that on another day would have led somewhere entirely different; while ‘Part VI’ is an almost melancholy improvisation that stubbornly refuses to allow the mood to lighten, yet is fascinatingly lyrical.

Over the course of the thirteen part ‘suite’ the pianist takes the audience on a fascinating journey from the delightfully playful and virtuosic interlude, ‘Part X’, that is over far too quickly, before Jarrett’s performance on ‘Part XI’ which is perhaps the most exquisite piece of the set.

A narrative that unfolds in just five and a half minutes and is utterly spellbinding. Just as captivating is the final improvisation of the night that continues in the lyrical vein set by the preceding improvisations, but with a darker hue as the musical journey Jarrett has taken us on reaches its conclusion.

These concerts from 2016 stand as a testament to Jarrett’s creative abilities as an improviser and storyteller par excellence, and as a concert series it is remarkable how an artist can sustain such heights of creative brilliance ensuring that each concert has its own unique character and form from the one that proceeds it.