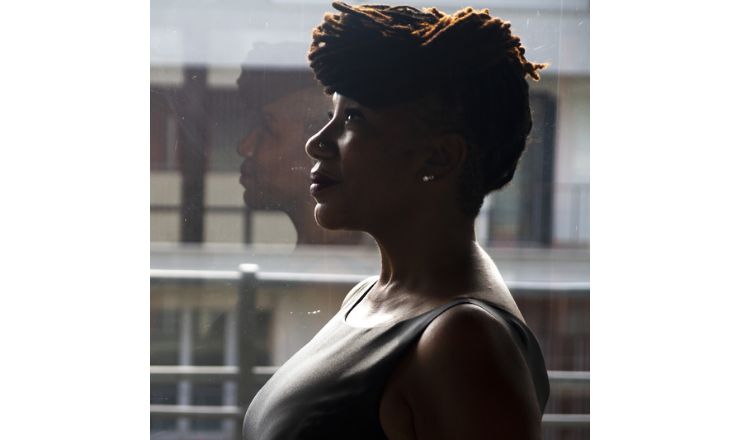 Lisa Marie Simmons is putting out her newest recording next month. It’s called Notespeak 12. It’s a different approach to some of the things she’s done in the past and I wanted to ask her some questions about it.

What made you decide to do spoken word? When I first listened to Notespeak 12 I was reminded of Jack Kerouac. He did three LPs of jazz and poetry. I also thought of Ken Nordine and Word Jazz. Nordine wasn’t a poet but everything he did was spoken word. I also thought about Gil Scott- Heron. I know you’ve mentioned him as an influence.

What a compliment Tim. All those authors are certainly an influence most especially Gil-Scott-Heron.

NoteSpeak and Hippie Tendencies co-founder Marco Cremaschini bonded instantly as writing partners. Though I had collaborated with many, some quite productively, I had generally looked at writing as a solitary process and thought my best work up to that point were the songs and poems I had written alone. I’ve found it is not at all easy to collaborate with just anyone, sometimes it takes more thought- more intellectualizing of the process. When you’re lucky though, you find a partner with whom songwriting is lifted to another level…where the sum of your creativity reaches a pureness of expression that you alone could not have captured. I’d say there are several essential differences between our songwriting and the spoken word. One important one being a question of space, rhythm, and meter. With a song you can only say so much, you must keep to the melody as well as to the meter. While there are many famously epic ballads, generally speaking, songs tend towards the more concise whereas spoken word allows more words to be employed.

Beyond the craft behind constructing a song or a poem, and all which that entails lyrically and musically, songwriting is often about making a personal experience universal. If one wishes to reach a broad audience, many folks must be able to see themselves or their ideals reflected in that song allowing them to relate to whatever it is one is chirping on about.

In contrast, spoken word is a much more direct expressive vehicle. The very nature of the art form is that it is confrontational and holds nothing back.

Inspiration for songs, for poetry, is everywhere. The sounds, smells, sights of the weather outside your window, the sound of traffic, the news (especially the news these days!), family, friendships, your reaction to books you’ve read, plays or films you’ve seen, the ideas brought about by viewing a sculpture, a painting… what is happening in your inner landscape. Anything with the power to illuminate. All of it spectacular material with which one might communicate; that one might reshape into singular intimate beauty with one’s own unique vision.

I’ve written for what feels like my entire life. Thoroughly enchanted with words from the time I was a young girl listening to my mother read those mythic Tolkien books (Bilbo

Baggins- What a fantastic creature, who filled his speech with turns of phrase such as “I don’t know half of you half as well as I should like, and I like less than half of you half as well as you deserve.”) and C.S. Lewis and his Chronicles of Narnia. Then graduating to digging my way through my parent’s library and discovering for myself the utter joy of reading authors like Maya Angelou, the magic of Gabriel García Márquez. Sinking into Douglas Adams, Jack Kerouac, Walt Whitman, Beatrice Sparks, Alice Walker, Toni Morrison, Milan Kundera, and on and on and on. The list is endless.

All those authors taught me, beguiled and comforted, fascinated and intrigued. They showed me the redemptive power of the written word.

Reading was at times a confirmation that whatever I was suffering through in the abusive home I grew up in was not unique to me. Though my situation felt entirely singular, growing up as an adopted black girl in Boulder Colorado; an exceedingly white town, it was in fact not.

I learned about others with experiences from which I could learn. I felt less alone! I had a clock radio on my nightstand and the songs I listened to served that purpose as well. They helped drown out the fights coming from my adoptive parents and showed me a positive way to transform the negative into light.

I also came early to find performing immensely satisfying, that the love I had for the sublime gorgeousness of language was transferrable. Just as the voices in those books or songs healed me, I found I could affect people from the stage. My home life alongside books and songs allowed me empathy and I had no doubt that we all could use some catharsis. Besides what feels better than seeing someone recognise that same beauty you love?

Hippie Tendencies, the band that I co-founded with Marco 10 years ago is still active and we continue to tour. However, I felt the need to more squarely face some subject matter. When Marco came to me with an instrumental wildly different from anything we had hitherto experimented with; the music with its varied elements mixing a modern approach with some classic jazz roots immediately lent itself to a text that could, like jazz, allow room for improvisation with each show.

As we developed the melodies and stories further it was exciting to explore the ways that we could join them so that they might be dependent upon each other. That is to say, we didn’t want poems that had some background music we wanted them to be intricately entwined as well as fluid. We feel, and hope that the listener will too, that we’ve achieved this goal.

At the end of the day however whether I’m writing lyrics, spoken word, short stories, or blog posts, my desires are the same. I am exploring my world and myself. I am seeking to be illuminated and illuminating. I am trying to express what seems to be inexpressible; make sense where there is none. I am straining to capture the ethereal alongside the ephemeral and gift it. I am leaving my “I was here” sign and a “so was she, so was he” sign to boot. I am celebrating. I’m still a little girl enchanted with words.

I love your band. Did you pick the musicians you wanted, or were they looking for you?

Marco and I met first, as mentioned above, and then we both recruited musicians that we love and thought would work well with the project. For the first NoteSpeak album, we had some fantastic studio musicians who are also good friends record with us and then put together the live band who then became the recording band as well on the second album. We brought on Marco Cocconi, who suggested Manuel Caliumi and Federico Negri, and I called on Laura Masotto.

You made a point of mentioning the combination of Afrobeat and European 12-tone music. Why was it essential for you to mention those two types of music?

People often think that technique is just virtuosity – but technique is also mastering a certain form. A good example is the painter Mondrain who limited himself to three colors, so technique is also working within a framework. Technique is the glue in this project and unites the lyrics and the music. The initial concept being unity we could not think of two musical forms more disparate and thought joining them would best represent the theme.

I think I’ve watched all of your videos. Hippie Tendencies is very different from what you’re doing with Notespeak. I enjoyed your singing in Hippie Tendencies. I was intrigued that you wanted to do spoken word. If I asked you, “what kind of a poet are you? ”What would you say?

I think of myself as a multi-disciplinary storyteller: In all of my writing whether it be poetry, essays, short stories, or song lyrics, I tend to use some very personal experiences and impressions to speak to a larger narrative.

However, I felt the need to more squarely face some subject matter. When Marco came to me with an instrumental wildly different from anything we had hitherto experimented with; the music with its varied elements mixing a modern approach with some classic jazz roots immediately lent itself to a text that could, like jazz, allow room for improvisation with each show.

As we developed the melodies and stories further it was exciting to explore the ways that we could join them so that they might be dependent upon each other. That is to say, we didn’t want poems that had some background music we wanted them to be intricately entwined as well as fluid. We feel, and hope that the listener will too, that we’ve achieved this goal.