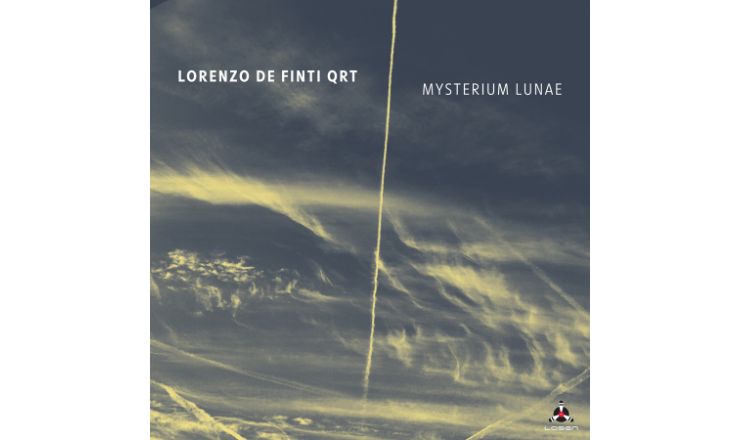 The melodies are burnished by Mandarini’s trumpet.

On this album, De Finti and dell’Ora again demonstrate their ability to conjure delicately complex music from disparate moods and sources. The five tunes (plus a reprieve of the title track which opens the album) run from 6’33 to 9’54 but nowhere is there a sense in which any of these runs out of ideas or outstays its welcome.

Each piece has the musical structure of a mini-suite, with shifts in tempo and content developing the ideas being expressed to their natural conclusion. On this set, the melodies are burnished by Mandarini’s trumpet and flugelhorn.

The title track (at the start and end of the album) begins with shimmering piano runs and hesitant bass notes before the trumpet launches into it simple melodic motif that leads into a riff (on synthesizer and double-time drums) reminiscent of Hans Zimmer that pauses for delicate solo piano before resuming. It is a cleverly constructed piece and my reference to Zimmer is not simply musical but also the tune feels very much as if it could close a Hollywood blockbuster movie.

Not only does this tune (and the others of the album) have a great sense of story-telling, with the ebb and flow of emotions and the narrative arcs that each piece conveys, but there is also a strongly visual sense of the tunes creating a world in which these emotions and narratives can play out in real time and with real impacts.

This is my way of agreeing with de Finti’s ambition in producing and playing a set of tunes which ‘show us the truth about our times’. In the case of this set, the times were ones in which covid-19 burst all sense of familiarity into unfamiliar and difficult settings and we are now seeking to rediscover that familiarity.

There is a sense, particularly in the titles of the tracks, in which de Finti and dell’Ora convey the feeling of overcoming something. For example, the title of the album refers to the mystery of the moon and how ‘a cold, arid, barren object can mysteriously become a source of poignant beauty’, and other titles are self-explanatory (‘Whispers from the end of the world’, ‘Tiny candle in the storm (shining on us)’. One way of rediscovering the familiar is through music.

But this is not music that needs or wishes to recreate the previously familiar, but music that tells stories of what we have come to call the new normal, the ways in which we can recover those aspects of pre-covid-19 times, retain some aspects we’d like to keep, and reinvent those which needed to change.

Of course, one’s definition of each of these is tempered by one’s experiences, political outlook and worldview – and this is not an album which imposes its beliefs on the listener.