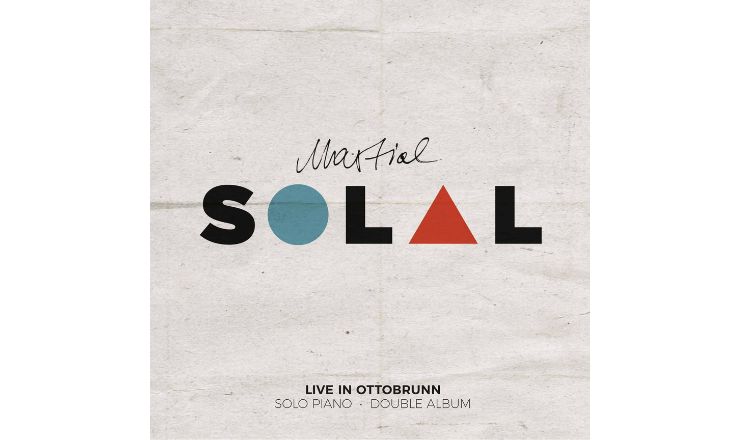 Solal is simply one of the greatest pianists to have graced jazz.  He is in the pantheon with Tatum, Monk and Powell.

This concert was recorded on December14 2018, just a month before Solal’s final concert in Paris.  Like the final concert it is difficult to believe that the playing is the work of a man of over ninety.  Solal gives no indication that the years have slowed him down, playing with all the zest and exuberance of a young man intent on establishing his reputation.  Sadly, these two concerts are the work of an artist saying goodbye.  And what a farewell.

The gap between the ideas and the fingers for most of us is unbridgeable: for Martial Solal there is no gap. the fertile mind invents variations, multiple rhythms.  Solal is simply one of the greatest pianists to have graced jazz.  He is in the pantheon with Tatum, Monk and Powell. Fortunately, Solal at Ottobrunn chose to play solo and that is the best way to appreciate his work.

You have to listen to Solal, listen intently, he compels attention.  His has a deliberately limited repertoire rather like Lee Konitz, largely restricted to standards.  How many times has he played ‘Round Midnight’? Hundreds?  At least.  His facility and Autorun invention can be seem like cleverness but it is more than that. He parades his variations not to be clever but so that we can share his joy and delights as he finds other avenues in the tune to explore. Note the use of the left hand which explores darker sonorities and almost seems as though he loses the theme. Not that he does. Solal is not one of those pianists who refer to a theme at the beginning and then a reprise at the end. The theme is there throughout, sometime hiding in a thicket, sometimes cleverly disguised, a musical sleight of hand, but it is always there.  He will use classical techniques; he will pull in shades of Debussy, Ravel to overlay Ray Noble’s ‘Cherokee’.

The challenge from Solal is clear.  He credits the audience with sophistication. He says to the audience: here is the theme; you probably know it; you have heard it before; now listen as I improvise on the theme: you can judge the quality of my improvisation because you know exactly what I am doing; how innovative I am; you can hear the variations; judge the quality of the variations.

Never forget that Solal likes to joke.  Sometimes, in his halting English, he will joke verbally with the audience.  He is also happy to create musical jokes.  Jazz can be very po-faced, taking itself too seriously: listen to ‘Brother Jack’ or ‘Happy Birthday’ as the fugues roll out.

In some ways Solal is a musical cubist.  He deconstructs a tune or theme and rearranges the component parts just as Braque and Picasso did with painting, enabling multi viewpoints. Picasso created his own 45 variations on ‘Las Meninas’ a painting by Velazquez graphic improvisations paying homage to the original painter. Solal has created many versions of Ellington pieces like ‘Caravan’ deepening our understanding of the pieces and Ellington.

Avoidance of the cliche is his constant quest, and he does avoid them.  The delightful album, is a triumph, it is beautifully recorded and will be evidence for future generations who will be able to see how comprehensively the amazing pianist was under-rated.