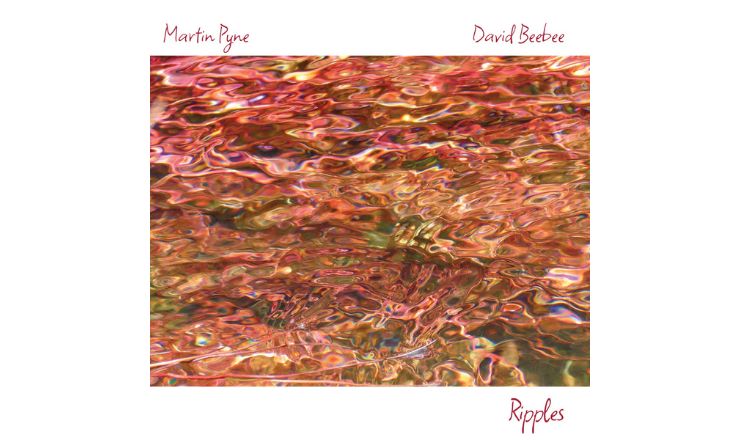 …Looking forward to hearing more from them.

Recorded and mixed by David Beebee

The idea of pairing Fender Rhodes with vibraphone feels peculiar because the instruments share a sonic range, both in terms of the vibrato that gives their notes a bell-like timbre and the tendency of players of both instruments to use the higher register of the instruments to push through the sounds of their bandmates.

So, this duet raises interesting challenges; not least in terms of establishing sufficient separation of the instruments. But it was the lack of separation that Pyne and Beebee noticed in their initial sessions, and which led to the album’s title (and the titles of several of the tracks which refer to water and mythical creatures that live in or near water).

It could be a pleasant parlour game among jazz fans to name other Rhodes / Vibraphone duets – especially, if you say that Corea and Burton are too obvious. Although, mentioning these two gives opportunity for a compare and contrast in terms of approach and music.

And, to my ears, Pyne and Beebee easily stand the comparison, with a riveting performance that offers a very distinctive sound. For one thing, they revel in the potential of both instruments to let notes hang in the air.

Eight of the twelve tunes were improvised and the decisions on who should play the melodic lines and where to place harmonic or rhythmic textures are explored and resolved in real-time.

This must have required not only an appreciation of the textures of the sounds that each instrument produces but also the playing style of the other person. This produces complex patterns that ebb and flow (to continue the aquatic metaphor) but which always end in richly rewarding resolutions. To take examples of a couple of my favourite pieces in the set.

The improvised ‘Dance of the damsel flies’, track 4, begins with vibraphone tapping out a percussive rhythm while the Rhodes plays a gentle arpeggio which is then picked up with urgency by the vibraphone and the Rhodes accompanies this with subtle variations.

The overall effect is so clearly one of a fast-flying insect flying across flowing water that it is impossible to listen to the track without visualising this. Their take on Pyne’s composition ‘Sodankyla’, track 7, is wistful, melancholy and warming – despite the title’s reference to a town north of the arctic circle. It is the slower, more measured pieces that stay with you.

Perhaps because (last aquatic reference…) the atmospheric music washes over you in ways that are relaxing, hypnotic and beguiling. These pieces capture the ways in which the dynamics of the duets easily move from the gentleness of ballads to something more frenetic.

The experimentation comes not only from finding the goldilocks zone which allows both instruments to shine, but also (particularly in ‘Night music’, track 9, and ‘Kingfisher blue’, track 11) in the ways that each player explores non-standard sounds from their instruments and works these into the pieces. I am very much hoping that this album is the start of a series from this duet and looking forward to hearing more from them.