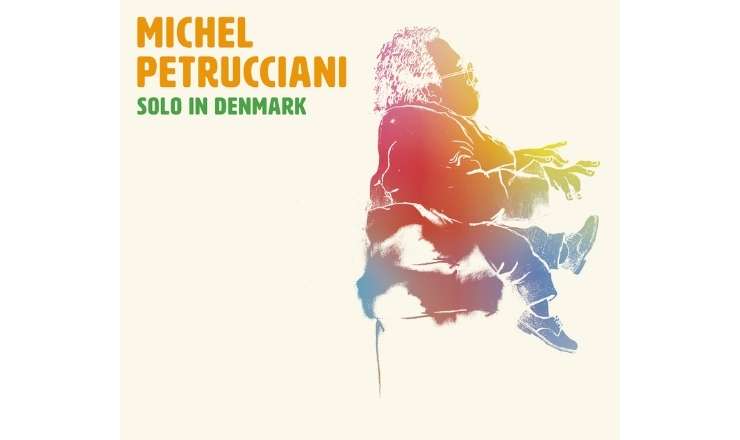 Too often writers concentrate on the amazing back story of this pianist.  Petrucciani, I am sure, would rather be remembered for his music because what he achieved in his short life was immense.

A concert by Petrucciani is a complete piano listening experience where the full range of the instrument comes into play. I have never quite worked out how he does it but Michel Petrucciani gives a piano a unique sound. A Petrucciani piano is crisp, fluid, bright with notes that gleam, sparkle and shine. Is it the tuning or just genius?

The Ellington ‘In a Sentimental Mood’ is one of Ellington’s finest ballads, usually entrusted to Paul Gonsalves. The improvisation after the chorus is Michel Petrucciani at his most adventurous, never straying too far from the melody but never afraid to explore the whole length of the keyboard in order to create spine-tingling episodes with glittering high notes.

‘She Did It Again’ was a regular part of Michel Petrucciani’s repertoire. The rumbustious boogie intro is inspired and technically stunning as is the left hand powering the rhythm.

It is a reminder that Michel Petrucciani worked best as a soloist as he throws in ‘Jean Pierre’ from Miles Davis, pulls in ‘St Thomas’ from Sonny Rollins edits in Juan Tizol’s ‘Caravan’. All the execution and the improvisation are carried out at the speed of thought with the relentless rhythm. The dynamics are every bit as effective as the Basie band.

In the tributes to Monk ‘Round Midnight’ has his left and right-hands working together, superbly producing curlicues of phrases to add another perspective on Monk’s piece as he unravels his own thoughts on the theme.

It is a challenge well met to make such a frequently played theme as ‘Blue Monk’ new and fresh. Just listen to the left hand, Monk, great composer, could never equal pianistically what we have here: gracious wonderful melody and melodic designs. Half way through there is a completely new variation, the skeins of melody that he unfurls take us through to a different mood.

There is a grand theme lurking in ‘Estate’.

The improvisation is sonorous, rhapsodic with a slight tendency to schmalz.  The Medley has a plethora of themes, some are listed on the sleeve but you will probably hear more as Petrucciani impishly and wittily tosses in musical morsels as he discovers them and we discover links and we are left to admire his sly, quick-witted transitions.

All the time his work is exuberant, joyful, rhythmically propulsive, spontaneous, and full of passion with an unrelenting drive.

Pasqual Anquetil head of Le Centre d’Information du Jazz wrote: “It is difficult to summarize a personality so rich and full of contrast in a few words. Like all great artists, he was everything and its opposite – at once joyous, cheerful, serious, tender, direct, available, attentive, charming, capricious, tolerant, violent, joking, crafty, festive, and bawdy – Rabelaisian in his enormous appetite for life. He was also incorrigibly sentimental who was never embarrassed to cry when emotionally moved.”

At various times Petrucciani has been compared to Bill Evans. He grew beyond that, but by the time of this concert the influence of Martial Solal is apparent. They both loved Ellington and played him at every concert.

Pianist Dick Katz wrote about Solal ‘Blazing speed is always at the service of real musical ideas, and he knows how to use both hands creatively.  Solal can generate remarkable swing, even though his rhythm can be convoluted,’ Exactly the same could be said about Petrucciani.

This is an album that is a wonderful memory of a lost genius who had a blistering talent. Some critics complained about Petrucciani grandstanding (he does) that he is a pasticheur (he is occasionally) produces virtuosity for its own sake (guilty).  Just glory in his excesses!  Above all, this is a man in love with and obsessed with the piano and the vital music he can exorcise from it.

“It can be said without rhetoric that he was the personification of the victory of the spirit over the flesh.”