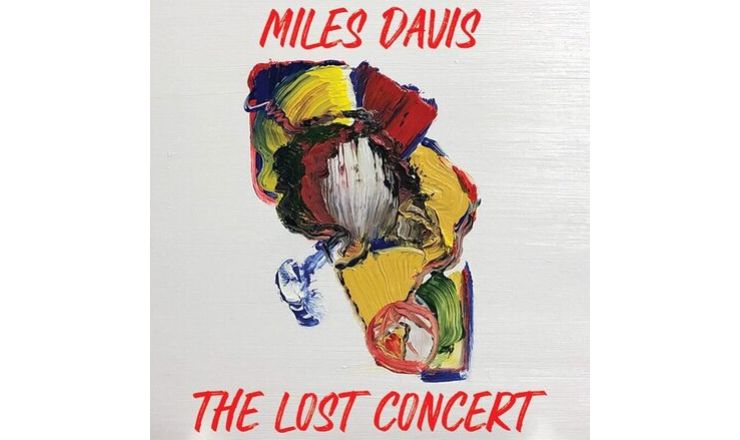 Miles always liked to be enigmatic and unpredictable and this would continue right until the end of his life, and no more so than with a series of concerts in France in July 1991. Vowing that musically he would always move forward and never go back he would once again confound expectations. Firstly, with a concert on the 1st July with his regular band that has just been released by Warner Records as Merci Miles! Live At Vienne (also reviewed this month) in a superb concert that found the trumpeter in excellent form. A week later he was performing in Montreaux with Qunicy Jones, and yes taking a backwards glance and playing the music of Gil Evans that he and Evans had collaborated on thirty years earlier. However the biggest surprise, not just for Miles’s audience but also the musicians involved, would occur a couple of days later at La Grande Hall, La Villette in Paris.

Billed simply as “Miles And Friends”, nobody knew exactly what was about to happen. In an unprecedented move Miles had arranged a programme that mixed the repertoire that he was playing with his current band, playing four numbers with them, and then proceeding to visit some of well known pieces from the past and introducing the original band members from that time. The audience was in awe of what was unfolding before their very eyes in what was an emotional event for all concerned.

Miles and his current band played on top form, featuring in their set the pieces ‘Perfect Way’, ‘New Blues/Star People’, Prince’s composition ‘Penetration’ that featured a fine solo from keyboard player, Deron Johnson; and an outstanding version of Michael Jackson’s ‘Human Nature’ that finds saxophonist, Kenny Garrett in explosive form in a truly magnificent solo. After this introduction to his regular band, Miles then proceeded to introduce the ‘friends’ mentioned in the programme header, one by one he would bring on to the stage musicians that he had played over the years, a veritable who’s who of jazz over the previous half a century; many of whom had made their reputations from their association with the trumpeter and gone on to successful careers thereafter.

There is an immediate ease and familiarity when the band kick off ‘All Blues’ with Dave Holland’s rock solid bass intro and a rhythm section completed by Chick Corea and Al Foster to drive things along. If saxophonist’s Bill Evans and Steve Grossman let off steam in fine style, it is Corea’s solo that stands out for sheer invention and not forgetting Miles muted trumpet on the opening and closing theme.
Wayne Shorter and Joe Zawinul take the stage to kick off ‘In A Silent Way’ in a brief but captivating duet, that does not sound a million miles away from how they would have played with Weather Report, before being joined by Miles and the band. This is a wholly satisfying performance with superb solo contributions from Shorter on soprano saxophone, Zawinul, and Miles himself. Altogether harder hitting and edgier is the meeting of guitarists John McLaughlin and John Scofield on ‘Katia’ from the eighties album You’re Under Arrest that feature some scorching solos from the pair, and no sooner is that done that the second of the two discs in the set takes us back to the fifties in a remarkable blast from the past that features swinging solos from the alto saxophone of Miles’ old friend Jackie McLean and the younger Steve Grossman on tenor.

A funky workout of Herbie Hancock’s ‘Watermelon Man’ follows, bringing together a hybrid of Miles’ current band along with Bill Evans on the straight horn and the composer joining Deron Johnson on keyboard duties, but perhaps the best is yet to come with a line up that was virtually one of the trumpeter’s best late sixties quintets. It must have been extremely gratifying for Miles to be able to present to this audience a group comprising of Wayne Shorter, Chick Corea, Dave Holland and drummer Al Foster (a fine substitute for the late Tony Williams) playing Shorter’s ‘Footprints’. This is an excellent performance with all in fine form, and to top it off Miles refuses to be outdone and producing his best solo of the night, and that is saying something as his companions were on fire and truly relishing the occasion.

The concert rounds things off with most of the featured guests joining Miles and the band for a rousing ‘Jean Pierre’ which certainly pleased the audience. This is certainly a very different concert from the one recorded just 10 days earlier, and as the event was also filmed, an hour or so has found its way onto mainstream television over the years. If the recording quality is not quite as good as on Merci Miles! There is certainly much to be enjoyed, and it is good to have this material finally released for the first time.

After France, Miles would play a concert in London before returning to the States and there would be a final concert at the Hollywood Bowl on 25th August 1991. Little more than a month later, Miles would be dead and the career of one of the most original artists of the 20th century come to its conclusion. There would be some who would argue that Miles had ceased to be an innovator and force in the music some time before his passing, and others who would maintain that he still had much to offer and was indeed working on new music. However you view the career of Miles Davis, he refused to stand still and the passing of time leads to a re-evaluation of his later work of which this is a valuable