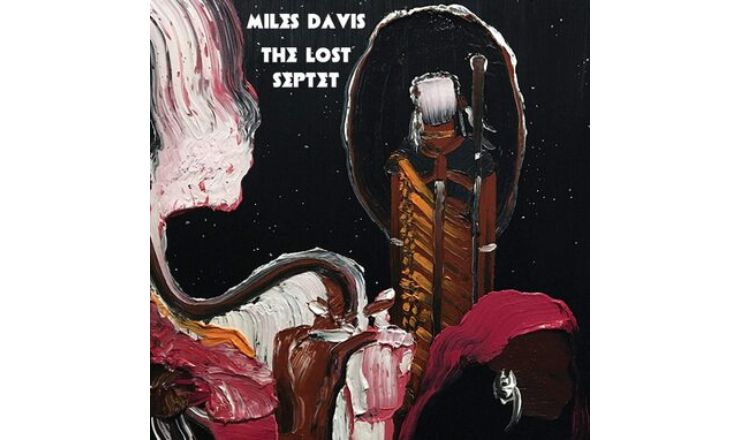 This recording is from a concert at The Wiener Konzerthaus, Vienna on November 5th 1971 during the bands 25 gig European tour. Miles was entering the second phase of his extended “electric” period that lasted from the late sixties, game changing albums “In A Silent Way” and “Bitches Brew” to the calmer waters of the Warner Brothers recordings in the eighties. The particular line-up on the tour never made a studio recording, making this pair of discs released almost fifty years after the event, even more important. Miles was very much influenced by the music of Jimmy Hendrix at the time, was using the wah wah pedal on his trumpet and released his equally radical “Live Evil” recording, just before the end of the tour. Miles was drug free at the time, his popularity was going from strength to strength with wins in the Playboy and Downbeat polls in a year which also saw him launch the “Jack Johnson” album, one of the most admired and successful of his career.

The fact that the band were on top form that night is very soon apparent, almost everything falls into place as one sonic journey follows another. If anything is just less than one hundred percent, it’s Keith Jarrett when he plays electric piano, an instrument he admitted never to enjoy. There does not seem to be quite the commitment that he gave to the Steinway Grand. However, this is just one minor shortcoming easily outweighed by the magnificent performance throughout from the Baltimore born saxophonist Gary Bartz. He only recorded a handful of times with Miles, but his intuition and sense of what the leader needed was perfect. Perhaps his earlier grounding under the wings of Art Blakey, Mingus and McCoy Tyner gave him an ideal grounding. The percussion team of Don Alias, Mtume and drummer Ndugu Chancler lay down a perfect groove all night long with their ever shifting patterns, tempos and relentless invention. The eight title set list was taken exclusively from recent and soon to be released albums of the time, although as with most of Miles work, there were intriguing alternative looks at nearly all of the studio recordings. Miles own playing in whatever sub genre is always clean and precise, as it was on this night, but here had the extra advantage of the wah wah for an enhanced layer of colour as required. Michael Henderson’s strong electric bass is key throughout particularly on the regular live opener of the period, Directions where Jarrett’s organ contribution forms a perfect backdrop to the leaders opening solo before Gary Bartz brings both a strength and uneasy calm to the usual maelstrom of this number. Honky Tonk, also found on “Live Evil” was a staple of the period, but this version carries extra weight, echoed in the audience reaction due to the two magnificent solo passages from the front line players and the total togetherness of the rhythm team. There is a hint of darkness in the dense tonality of What I Say a number quite clearly pointing the way to the controversial “On The Corner” album of 72. On this one reed man Bartz is at his magnificent best creating more tension than most can handle, before, after sixteen minutes the listener realises that the whole thing has been seamlessly segued into a subdued and calming version of the magnificent Wayne Shorter tune Sanctuary originally from “Bitches Brew” that brings disc one to a close.

Disc two opens with the highlight of the concert, a fifteen minute version of It’s About That Time. Unlike the chaotic performance from the well known Filmore East gig of March 5th 1970, this one is a complete lesson in the art of creativity and restraint from start to finish. Miles opens up with a widely distorted but well considered intro’ before the brooding brilliance of Mr Bartz takes over, it echoes what Miles has already laid down but adds to it considerably, begging the question once again, as to why they did not play together far more often. Jarrett’s organ joins the rhythm section as the saxophone solo closes before switching to electric piano for his most telling contribution of the set. The leader returns to take the piece out with another completely new set of exotic low key musings, as the crowd go wild, a totally reasonable response to a masterful performance. Next up is Yesternow a tune which was to form fifty percent of the up-coming “Jack Johnson” disc. It’s more controlled than the studio recording, but subtle with an eerie intensity Keith Jarrett opens up and then Miles enters, he is on sublime form with each short statement increasing the tension and level of creation. Gary Bartz follows him, in a way that only Coltrane could have matched. It becomes really heady stuff, unrivalled on nearly all other recordings of the band’s electric period. As the two horns converse with each other the intensity increases to almost breaking point with no sign of any release at all, until Miles slips surprisingly and somewhat disappointingly into the opening bars of Funky Tonk leaving the listener and audience member completely in mid air. Miles cuts off his solo quickly, it’s as if he is suddenly in a bad mood. Jarrett takes over, at this point the music is ragged and somewhat directionless for some minutes before Chancler’s drums rise in the mix, Keith Jarrett switches to organ, a sense of relative calm ensues, Miles returns, clear as a bell, with Michael Henderson’s electric bass in support, we are now on a different planet, with the tension beginning to grow. The trumpet sound is now rapier like, Bartz kicks in on alto, a fine groove develops, the percussionists are busy and intense before the final release as the tempo drops away behind Miles final profound, almost church like statements that segue into a brief second reprise of Sanctury as the set concludes.

There are many highlights in the one hundred plus minutes of this recording, some as good as you are likely to hear in this genre, plus just a couple of lows. Defiantly a very worthwhile album to enhance any collection. It’s not “Kind Of Blue”, but it is “Kind Of Exciting”