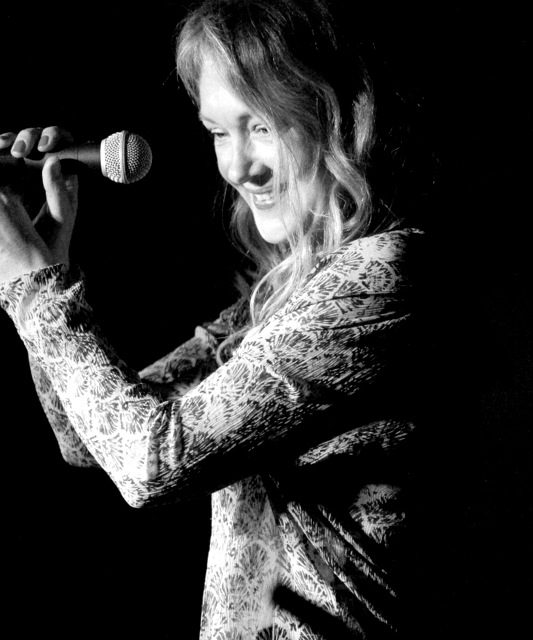 Twenty years on from her Forbidden Games album that featured Nicki singing the songs of Fran Landesman and Simon Wallace, the vocalist is back with a new album. Once again featuring words and music by Fran and Simon the album is so not much a continuation but more a work in progress, with a new song selection that is hand picked to reflect Nicki’s growth as an artist, and to show how life and people change over time.

Can you tell us about you new album, One Good Scandal, and what inspired to record an album of songs with lyrics by Fran Landesman?

I’ve always stayed in touch with Simon Wallace, and we’ve done a few small projects in the last few years.  In lockdown I was approached out of the blue by Richard Mason, a writer who was turning his first novel into a musical TV series.  He told me the first album Simon, Fran and I did together was the soundtrack he listened to whilst writing that novel and had so many wonderful things to say about it.  It planted a seed of confidence in me to approach Simon to discuss this album – I thought, well if someone out there still feels like that about our first one then we really should do another. Originally ‘One Good Scandal‘ started as an EP but when we began choosing songs, we realised that there were just so many that still haven’t been recorded and there were enough to ensure a good balance of tempo and feel to create a full album.

You have recorded songs by Simon Wallace and Fran before on the 2001 album ‘Forbidden Games,’ why did you wait so long before recording a follow up, and why choose to do so now?

When I had children, I found it very hard to marry the gigging life with family.  Creating projects needs total immersion and focus – it wasn’t easy to continue the way I had before.  I did keep my hand in doing backing vocals for producers – in particular John Reynolds who has become a good friend.  I did backing vocals for a Belinda Carlisle album in French – I’m fluent as my mum is French – and a couple of years ago went to John’s studio to record some vocals for an Irish artist called Padraig Jack.   When I got there, John left the track on a loop for me to listen to while he made a cup of tea.  I remember thinking yeah, I can do this… then suddenly the language turned to Gaelic and what I was hearing sounded nothing like what I was reading on the page!  My heart started beating and I was about to tell John that maybe I should take it home to listen to a bit before having a go.  Then I reminded myself not to worry about making a fool of myself and we ended up doing 2 different tracks that afternoon… ‘Making Sand’ (the Gaelic track) reached No. 1 in the RTE charts and stayed there for 4 weeks in June this year!

Some of the same musicians appear on both recordings. Was this a conscious decision on your part?

ABSOLUTELY.  I said to Simon, wouldn’t it be great to have the same musicians, I wonder if they’ll do it?  I was totally thrilled when they all agreed to come on board – there were a lot of jokes in the studio about not taking another 20 years to do the next one! The process of making the album was all the more magical to me having those same people playing – it felt really special.  We even had the same engineer, Tristan Powell.

The two albums have a very different feel to them. How do you feel the music has changed between recordings?

It’s interesting you say that… I guess the most important difference for me is that Fran is no longer around to bounce ideas off.  In the first album I questioned a couple of lyrics with her – and we phoned her up to ask if we could change them… and she was always so encouraging and had brilliant advice.  Some of the songs on the new album were songs I knew then but felt too young to sing eg. the title track ‘One Good Scandal’.  ‘Depravity’ was another I always loved to sing on gigs but it was quite dark and I wasn’t confident people would be able to enjoy it.  Being older makes it easier to own the sentiment of the song – to not excuse anything about it and to commit to it.  So maybe the music is different because I’m older and less concerned with what others think about what I’m doing?

Simon Wallace and Fran Landesman have written many songs together. Can you tell us how your met Simon and Fran, and what attracted you to their songs?

I was working at the Groucho Club and Simon Wallace came in as Musical Director for a show that members and staff were doing to raise money for the homeless in Soho.  It was the first ever ‘Gang Show’ that became a yearly event and got bigger and better year on year with some big names playing.  After the show, Simon asked if I might come and record a couple of songs for him.  At the time he lived in Battersea, and I lived in Chelsea, so it was incredibly convenient.  On hearing his music along with Fran Landesman’s lyrics, I was completely blown away.  I felt an immediate affinity for the songs and couldn’t believe how lucky I was to be singing them.  We recorded so many in the first week and Simon kept telling me how much Fran loved my demo’s.  Eventually when Simon had been invited to a Sunday lunch at Duncan Terrace (Fran and Jay Landesman house in Islington) for only close friends, he asked Fran if I could join.  At first, she wasn’t keen as she didn’t know what to expect but she invited me, and we had become firm friends between the front door and her sitting room.

The song choices on One Good Scandal are all very different in mood and concept. How di you go about selecting the songs to record for the album?

There were 13 tracks (my lucky number) but we ended up leaving one song off the album because it didn’t fit in at all… we’ll release it at a future date – either as a single or as part of a larger project as there are still so many songs.  I HAD to record ’The Girl You Can’t Forget (Nicki)’ because Fran wrote the lyric for and about me.  Originally it was a more up-tempo Latin thing with a full band, but we weren’t happy with it, and I suggested to Simon that we do it just with piano and voice.  All the songs were chosen either because they hadn’t been recorded before or I had a particular affinity with them and had demo’d them years ago.  I think each song has it’s own truth and has to be recorded as an individual form – so yes, the songs do have different feels, there’s a bit of blues, mixed with a bit of pop and some different rhythms – but we tried to see each track individually.  We even had 3 different drummers who all brought their own identity to a song.

You have worked in a variety of contexts over the course of your career. How did you become interested in music, and what decided you to pursue it as a career?

Ha!  I didn’t decide… I just always sang; as a small child we had an echoey stone staircase in the house I grew up in and I’d sit for hours on the bottom of four flights singing, then later on I’d annoy my whole family (and especially my younger brother) on long car trips singing every part from every school musical we were performing, I was part of the chorus when I was 13 performing Faure’s Requiem in Bath Abbey and joined every choir at school,  later I sang in hotels in Mauritius where my family ended up living and had my first pop band when I was older and back in the UK.  In all that time, I only wanted to be an actress as I didn’t see singing as a career.  But after drama school and an endless tour of a play called ‘Murder by Sex’, I realised that as a singer I could be in charge, find my own gigs, sing the material I wanted to sing and book whichever musicians I wanted to work with.  It was a no brainer!

You are also an active member of your local community choir, the Portobello Live Choir. How did you become involved and how do feel that local choirs can and should be at the heart of communities?

Portobello Live Choir is non-selective and open to everyone.  I was first asked along by a friend and was immediately struck by the other members involved who are all from different working environments and backgrounds and who come to sing purely for fun.  Most have no technical experience but all have a lot to offer…  it’s enriching, we make new friends and share a sense of community.  I ended up helping out when our regular teacher had other commitments – Juliet Russel is a voice coach on The Voice UK and other high profile TV shows and is the most extraordinarily wonderful teacher.  Taking over always feels like I have to fill very big shoes but everyone is so generous with their encouragement, commitment and appreciation.  I think it’s put me more outside my comfort zone than anything I’ve ever done. It’s a given that music is important in my life, but to see the impact it has on those who aren’t involved in it professionally is very humbling – particularly when you discover how good they are at playing the piano or guitar and you only discover this when you’ve been seeing them on a regular basis for a while.  I’ve also made some very good friends and learned that a choir format is an incredible way to combat loneliness, fulfil artistic need and conjoin with others in equality.

And what plans do you have for the future?

I’d like to work with Simon Wallace on another album of his and Fran’s songs and I have a couple of other projects that I’m dreaming of that I probably shouldn’t talk about in case I jinx them, but one is with a guitarist whose work I love, and another is with a producer who lives locally to me.  In the end I just want to keep singing the songs I love to sing and get the opportunity to perform them and keep working on new material.  I do love to perform so it would be nice to tour with a full band in comfort.

Read our review of ‘One Good Scandel’ at https://jazzviews.net/nicki-leighton-thomas-one-good-scandal/