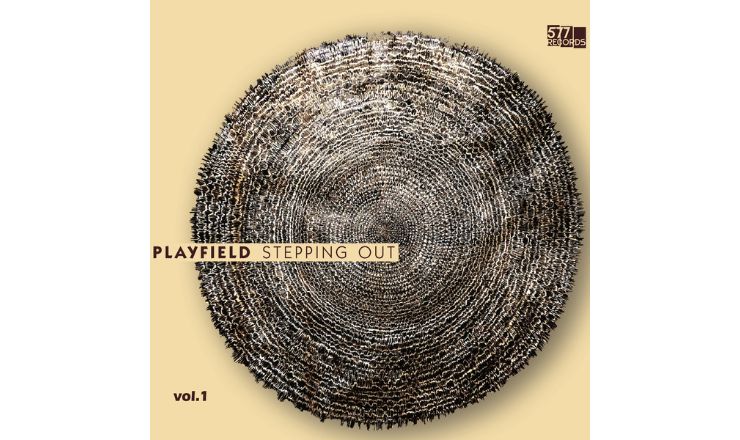 Playfield is an experimental octet from Brooklyn whose renown may be based on the notion that they have never, until now, played indoors, preferring to depend on the city’s outdoor atmosphere and mood in order that performances should sound more natural.

This approach is by its very nature both experimental and improvisational, hardly surprising as the group’s leader is improvisor, saxophonist and multi-instrumentalist Daniel Carter, long established in the forefront of those who have sought a more natural approach to scoring their work.

Carter has not been alone in this and includes with his corroborators such leading entities as Gerald Cleaver, William Parker and Matthew Shipp.

Stepping Out changes those processes as the group moves for the first time into what they might have sensed as a hostile environment, so different is the relatively antiseptic milieu of the studio, compared to the Great Outdoors.

They had to ‘naturalise’ their works by importing sounds from the streets, employing effects to create links between improvisations and using techniques culled from the worlds of light and heavy musical genres.

The whole work does as was intended.  The result is original, spacious, and penetratingly tangible – it’s a very fine piece indeed.