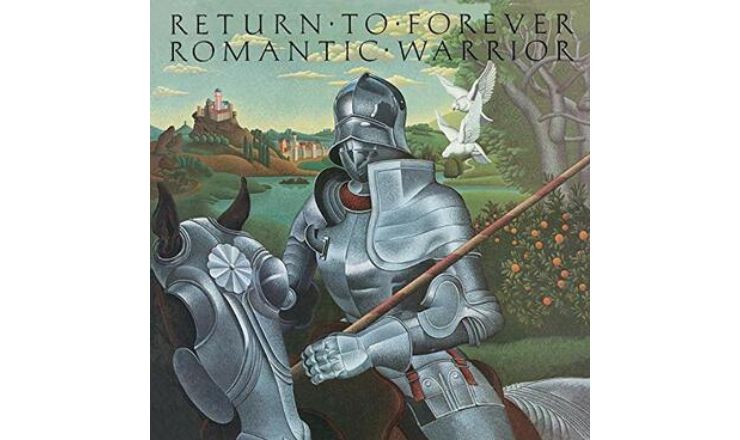 Massachusetts born piano master Chick Corea, now aged 77, had already gone through early explorative phases of his career alongside the likes of Blue Mitchell, Mongo Santamaria, Miroslav Vitous and others when after a brief but not always happy time with Miles Davis on the grounding breaking albums “In a Silent Way”and ” Bitches Brew” etc, before he formed his fusion group RTF in the early seventies. Stanley Clarke, who alongside Jaco Pastorus went on to transform the language of the electric bass, was 25 at the time and had already made a mark on his early recordings with Joe Henderson, Stan Getz and Dexter Gordon. Al di Meola, had just taken over from the more Rock orientated Bill Connors adding a new and more melodic presence to the band’s guitar sound, while Lenny White, who played on all seven RTF releases, was already the “go to” jazz rock drummer of the period.

The music contained on this album is never less than atmospheric throughout. Soundscapes are never crowded and the overall ambiance from all combinations of the thirty something instruments used is mostly one of controlled urgency. Composing rights for these original pieces are shared between all members along with the producing duties. The Rock overtones from guitar and drums at no time cloud the jazz sensibility. Many will have the view that Weather Report hold sway as the number one band of this electric era with their triumvirate of musical giants Joe Zawinul, Wayne Shorter and Jaco Pastorus, but without question this particular RTF album which sold over half a million copies in the US alone and reached number 3 in the Billboard chart is a cornerstone recording of the genre. Not only did it influence bands to come on both sides of the Atlantic, it hugely enhanced the careers of the four fine musicians who played on it. The music truly stands the test of time and as an added bonus benefits from the superb cover art of Wilson McLean.