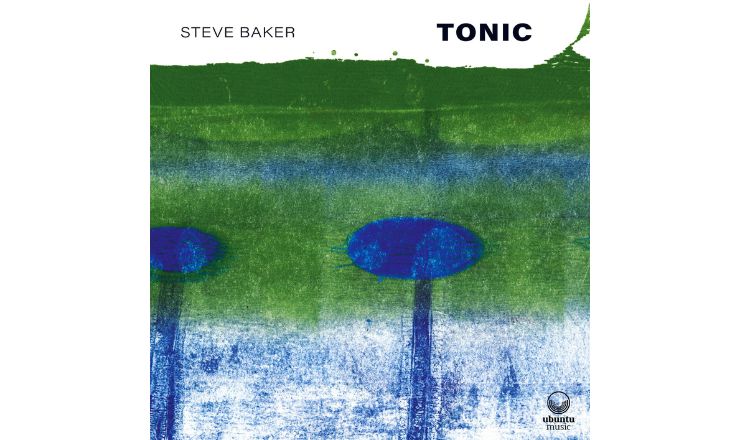 …A superb recording of some wonderfully engaging compositions.

This is Baker’s first release for Ubuntu and his first as a leader.

He has pulled together some of the UK’s leading contemporary jazz musicians which, even before hearing the first note, suggests that something special is afoot.

Not only this, the roster of musicians, together with the string section of an orchestra, suggests that the music paints with a vibrant palette.

In his description of the album, Baker points to the several meanings of the word ‘tonic’ that inform his compositions:  as a pick-me-up and antidote to the constraints of composing for tv and radio; as the first degree of a scale; and the birth of a child (perhaps the latter pushes the meaning of the word a bit sideways, but Baker explains how the first degree of a scale forms the keynote of a piece and that his ‘keynote’ was his child’s birth).

Each piece responds to a specific inspiration, and these are hinted at in the sleeve notes.

The inspirations range from a painting by Bridget Riley or works of Gillian Tindall, to contemplations on relationships, to reflections on one’s own history and changes.

Across the compositions, the listener becomes immersed in musical landscapes and stories which, of course, nod to Baker’s “day job”.

But rather than the pieces accompanying someone else’s story or images, the richness comes from Baker’s ability to weave his own narratives from detailed melodic intertwining.

Two of the pieces (‘False Relation’ and ‘Undo History’) are in two parts in which the first is a short, sub-2-minute framing of the theme played by Baker on guitar and piano, and the second develops this in the ensemble.

In both of these, there is a hesitancy in the first part, which is overcome in the ensemble and replaced by a richness and, often joyfulness, in the melody and harmonies.

Across the compositions, his appreciation of soloists allows inspired space for their improvisations to flourish – not for nothing, perhaps, does Jurd solo so effortlessly on the track called ‘The Garden’.

Baker is also comfortable stepping into the limelight, as shown by his Berber guitar solo on ‘The Garden’.

This is a superb recording of some wonderfully engaging compositions and marks the start of a new phase in Baker’s musical journey.