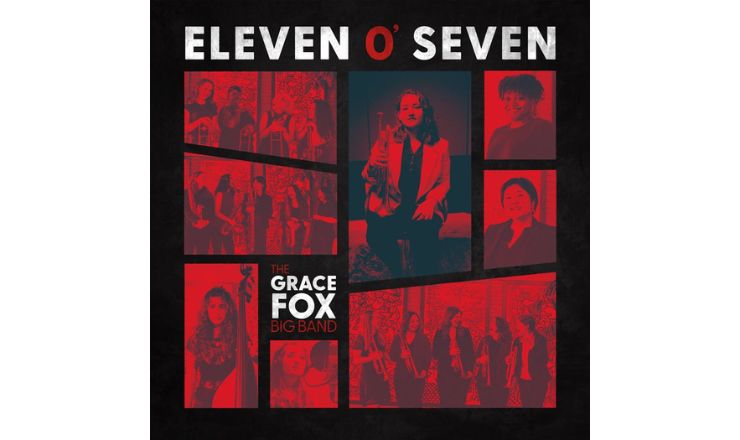 This is just the beginning for Grace Fox and her big band, and I for one, can’t wait to see what she does next.

This album is a sensational example of how the younger generation is rejuvenating the jazz scene today. 19-year-old Grace Fox takes on the traditional sounds of the big-band era and combines them with modern instrumental technology and incredibly complex arrangements. The young student brought together 17 female musicians across America (who had a growing social media presence) and founded The Grace Fox Big Band.

Fox was struggling with the gender disparity that was present both within a university setting and the wider jazz scene, which compelled her to follow in the footsteps of all-female groups such as The International Sweethearts of Rhythm and The DIVA Jazz Orchestra. The big band’s debut album includes 3 original compositions and 4 re-arrangements of tunes written by Miles Davis, Roy Hargrove, Harold Adamson, Jimmy McHugh, and Janis Ian.

The album is explosive from the start, as heard in the introduction of ‘Right on Red’. Fox’s compelling arrangements for each individual part are layered wonderfully, creating this busy and powerful wall of sound.

The main motif is sharp and playful, paired with a laid-back funky groove which builds and drops according to the melodic structure. The first solo is taken by trumpet-player Kellin Hanas, who displays her incredible tone and control when approaching the top range of the horn. Solos are also taken by trombonist Zhane Brown and tenor sax player Jade Elliot, who is highly featured throughout the album.

‘Gospel Interlude’ is built on an extended drone in the bass instruments and a slow ¾ feel. A prominent 5 note motif rings out throughout the interlude, tying together all the parts and leading smoothly into the third track, an arrangement of Roy Hargrove’s ‘Strasbourg/St. Denis’. This medley is skilfully patched together, through a cadenza-like interlude from Veronica Leahy on saxophone, which segues into Hargrove’s instantly recognisable melody.

Both tracks 4 (‘I Just Found Out About Love’) and 8 (‘Stars’) feature the soothing and velvety tone of Alexis Fox. Alexis Fox has a distinct and charismatic vocal presence, which intertwines remarkably with her sister’s tight-knit arrangements.

Sterility, track 6, is a noteworthy example of musical ingenuity on the album. The composition highlights issues faced by musicians who couldn’t make or rehearse their music during the Covid lockdown period. The track is quite experimental at points; new motifs are continually introduced, as well as an electronic synth solo, which takes the music in new directions.

This album is an incredibly impressive project, brought together by an ambitious and determined young music student. It’s inspiring to see resilient young women starting their musical journeys and creating a musical force to be reckoned with. This is just the beginning for Grace Fox and her big band, and I for one, can’t wait to see what she does next.