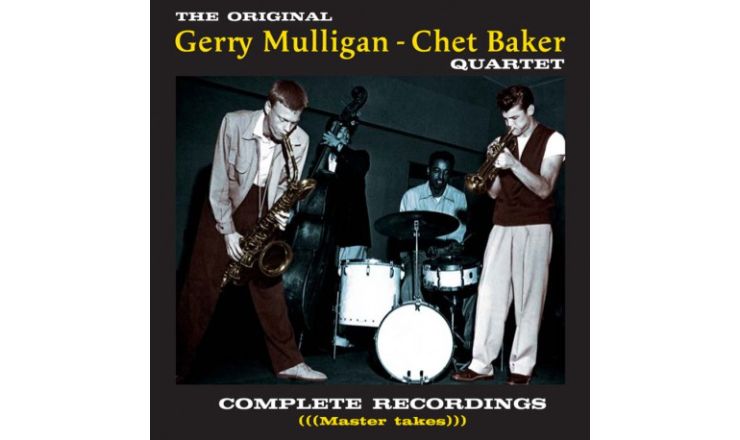 It is difficult now over 70 years later to appreciate the impact made by this revolutionary quartet. It was a quiet revolution, a subtle revolution, a not-in-your-face revolution but clever and insidious for all that.. When first heard, it had a rightness, why didn’t everyone play like this?

The quartet was asking some forensic questions about jazz, about dynamics, about counterpoint, about rhythm, about group interaction, about listening, about empathy, about interplay.

Gerry Mulligan had travelled to California from the East Coast. He had worked with Claude Thornhill as composer and arranger. His work with Miles Davis and Gil Evans on ‘the birth of the cool band’ was innovative. He wrote much of the music even though Evans and Davis received most of the credit. Eventually, when he arrived in California, he wrote for Stan Kenton. The music he composed altered the style of the Kenton band and influenced the writing of others such as Bill Holman. Mulligan had a considerable influence on what became known as ‘the west coast sound’.

Baker learned music in army bands. Eventually, he played with Charlie Parker, towards the end of Parker’s career. It was in 1952 that Baker encountered Mulligan and they formed the quartet.

The quartet was quietly innovative. They rejected the piano and instead of plain themes played in unison, they used counterpoint. Backed by sympathetic drumming from Chico Hamilton and melodic bass playing from Bob Whitlock, they quickly evolved a new style.

Mulligan was the leader, the organiser, the thinker.. The club where they first performed, The Haig, had lost its piano and at first Mulligan just adapted to the situation. He was fortunate, with Chet Baker who had great musical gifts, he could sense how Mulligan played and could fit around him with balance and subtlety, natural counterpoint.

The first experimental recordings were done by Richard Bock who formed the Pacific Jazz label to feature the Quartet and they recorded ‘Bernie’s Tune’, ‘Lullaby of the Leaves’ as a single.. Later they brought out ‘Nights at the Turntable’, Freeway’, ‘Soft Shoe’ and ‘Walking Shoes’.

Mulligan’s aim was to simplify rather than to complicate. ‘Bernie’s Tune’, one of the first sides to be recorded, is an example. The theme is played in unison with Baker and Mulligan, leading to a solo by Mulligan and one by Baker. Mulligan accompanies Baker’s solo quietly in the background. There is some counterpoint between the two before giving way to a solo by Chico Hamilton.

The theme of ‘Nights at the Turntable’ is played by Mulligan and Baker in unison, followed by a brief period of open and closed harmony . The middle section features well worked counterpoint but the theme is played in unison. Mulligan also uses themes that he developed for Kenton: ‘Walking Shoes’, ‘All the Things You Are’, ‘Swing House’ and ‘Limelight’.

There were two versions of ‘My Funny Valentine’. Both featured Baker. One was recorded in Los Angeles, one in San Francisco. The impact of his fallen angel persona meant that Baker had to play the piece for the rest of his life. It is interesting to listen to what each musician plays as the other solos.

Baker’s good looks earned him a film contract but he preferred music. Unfortunately, his drug-taking scarred the rest of his life. Ted Gioia wrote: There were many limitations to Baker the musician – his reading skills were poor, his range compressed, his technique solid but unspectacular.- but no one noticed these inadequacies. Instead listeners marvelled at the remarkable inventiveness of his playing.’

Eventually Mulligan was arrested for being in possession of narcotics and he was sentenced to six months. It brought the quartet to an end, it had only lasted for about eleven months. In 1957 there was a reunion but the music was different, not as tight and more conventional. Mulligan showed his adaptability by recording albums with Johnny Hodges, Stan Getz, Ben Webster, Thelonious Monk and Paul Desmond. The Concert Jazz Band that Mulligan formed at the beginning of the sixties was an artistic success.

Mulligan, throughout his career, showed a deep knowledge of the jazz that preceded him. His writing informed the whole of the west coast particularly Shorty Rogers and Bill Holman. Together, Mulligan and Baker had developed a musical relationship that was sometimes astonishing, inspired. Mulligan was a visionary, writer, director. Baker’s adaptation of the Miles Davis sound and his melodic gifts were an essential part. The group’s use of counterpoint to point up the simplicity of the musical lines defined them. Above all, they showed that subdued jazz could be as compelling, if not more so, than harsher, brasher jazz.

The sparseness of the style means that the music has not dated, so that it is possible to to listen to the music as if it was recorded yesterday.