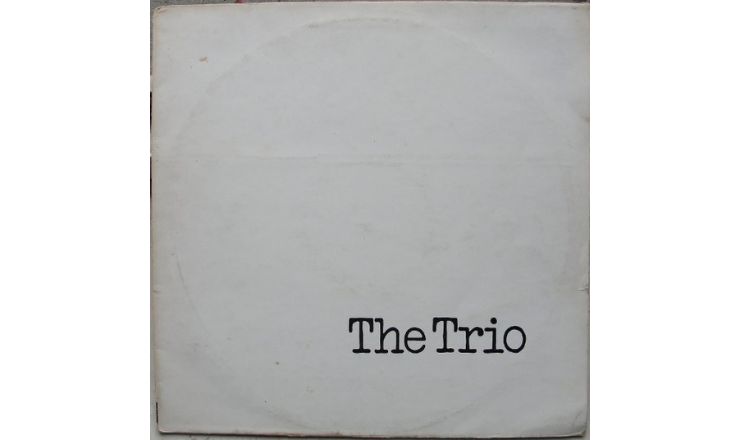 No solo in this trio outstayed its welcome.

The Trio roared in. Not an exaggeration, Surman could roar.

They were as innovative as Klee, as creative as Lutoslawski. In some strange way they were European.

This was avantgarde that had an intense purpose in an age when free musicians seemed to value the number of notes played rather than musical sense.

It was an age when heroes were losing themselves in avenues of irrelevance. Here was a group, loose yet tightly knit, that held firmly to coherence.

‘In a Silent Way’ was not the only way. The music was challenging without being hectoring.  No solo in this trio outstayed its welcome.

It consisted of John Surman (baritone and soprano saxes, bass clarinet), Barre Phillips (bass) and Stu Martin (drums).  Each player had their own backstories and reputations so they came together as equals.

Barre Phillips had been a professional musician since the early sixties.  He worked with the San Francisco Symphony, although his interest was in experimental music both jazz and classical.

Initially, he was inspired by Ornette Coleman and has never seen himself as an orthodox player. He has recorded with Eric Dolphy, Jimmy Giuffre, Archie Shepp, Peter Nero, Attila Zoller, Lee Konitz and Marion Brown.

Moving to Europe in1967 he has been largely based on the continent.  His1968 album Journal Violone was one of the first complete albums of solo bass improvisation.

Stu Martin packed a great deal into what was going to be a short life.

In the sixties, before he joined the Trio, he worked with Quincy Jones, Curtis Fuller, Sonny Rollins, Steve Swallow, a band with Lee Konitz, Albert Mangelsdorf, even the Basie band for a short period.

Eventually he moved to Europe and became part of the avant garde jazz scene.

John Surman came to London in 1962 to study music at the London College of Music. He had already met and worked with Mike Westbrook.

His studies at the College were supplemented by an active jazz life.  He met up with Mike Osborne, bassist Harry Miller and drummer Alan Jackson, Eventually, he recorded with the Westbrook Concert Band.

The album ‘John Surman’ (Deram) came out in 1968.  As an example of his versatility, he was in the Ronnie Scott Band. He played with John McLaughlin on the seminal album ‘Extrapolation’.

Featured on Mike Gibbs’ first two releases, he was an early member of Chris McGregor’s Brotherhood of Breath and, of course, continued to work with Mike Westbrook. He even played occasionally with Humphrey Lyttleton.

The Trio was not the usual kind of group.  It had an agenda: the three were equal.

They were influenced by Archie Shepp, Ornette Coleman and latter-day Coltrane. This wasn’t a soloist supported by a rhythm section.

The combination of these three unique talents for a relatively brief time dominated jazz both in the UK and across the continent.

Listeners enjoyed the passion, the artistry, the creativity, the subtlety, the drive and the intensity.

Producer Peter Eden captured with great clarity the whole group and its spatial relationship as well as the intrinsic individual beauty of the instruments.

Unencumbered by a keyboard, the group flies free.  Some baritone players emphasise the relationship to the tenor as Gerry Mulligan did or they excavate to create depth of sound as Harry Carney did. Surman does both.

Barre Phillips moves well beyond time keeping. He shows pin sharp taste in choosing challenging notes; he can use his bow to create sounds that are cello like clusters that stimulate.

Stu Martin is no power house drummer drawing attention to himself.  He is a listening percussionist, unselfish.

The Trio did not last: they burned bright and broke up when it was obvious that change was needed. No one has ever been tempted to reproduce the Trio, probably that is the best tribute.

On the album the composing is split: Martin is responsible for four pieces, Surman for five and Phillips seven.

‘Oh, Dear’ shows the Trio at its best and most typical. Stu Martin holds the soundstage for almost a minute.  Surman shows his unmistakable tone before he soars into the upper register of his baritone.

There is something very satisfying about the length of the tracks just under seven minutes. Everyone resists the temptation to be loquacious.

Barre Phillips is more to the front on ‘Dousing Rod’.  He is melodic, complementary, as he duets with Surman. Surman uses soprano on ‘Silvercloud’.

His tone is just as distinctive as his baritone. He uses the greater flexibility of the smaller horn to twist and pirouette through his solo whilst Stu Martin creates a rustle behind him with a sensitive long percussive commentary.

The assertive opening on’ Incantation’ is majestic:  a Surman solo preaches a compelling line.

‘Caractacus’ is pure Surman as Phillips scurries alongside Martin as they push Surman to greater heights.

‘Let’s Stand’ has the Phillips’ bowed bass. Surman sidles beside him with bass clarinet to parallel the dissonant sounds of the bowed bass. It sounds like avant garde chamber music, yet another aspect of this remarkable Trio.

Sometimes you feel it is like moving from Birdland to Wigmore Hall.

The mysterious ‘Billie the Kid’ written by Martin has sounds that are esoteric, part of the range of this trio.  Martin’s kit is compressed, limiting the resonance.

The way to view this album is as a suite with seventeen movements. Each movement has its own distinctive character. The album itself has a life of its own.

It has been re-issued over the years in the UK, France and Japan (as recently as 2017).

Fifty years after this recording both Phillips and Surman are active, still exploring, both recording mostly for ECM. Sadly, Stu Martin died in 1980.

When this album was recorded, in some ways jazz had lost its way with rock and fusion. The search was on for a better future.

Here the music is uncompromising and yet was popular with the jazz audience. People enjoyed moments of extraordinary beauty.

The Trio worked extensively across Europe but made few recordings. ‘By Contact’ was recorded on Ogun (OG529).  There are ‘bootlegs’ from Juan Les Pins, Altena, Avignon, Berlin and Gottingen.