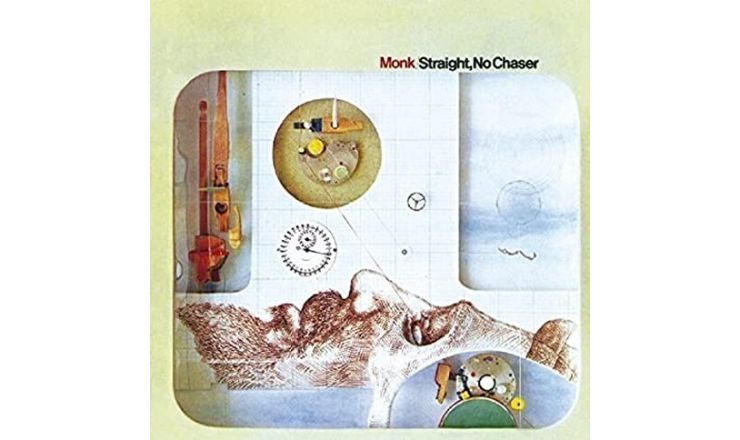 There is little that can be said, that has not already been said, about the wayward genius from Rocky Mount, Carolina that was Thelonious “Sphere” Monk. Lots of his music had echoes of Duke Ellington, but his unique off the wall piano style, along with his creation of so many great jazz standards of his own such as Round Midnight, Ruby My Dear, Blue Monk, and so many others, afford him a permanent place at the top table of jazz for all time. For this recording, his 12th for Columbia and around the 30th of his career, he chose what has come to be known as his “classic quartet”. Charlie Rouse, who stayed ten years and made twenty three recordings with the piano genius, was always known as “Monk’s man”, but in reality, was also an important addition to groups led by Benny Carter, Duke Jordan, Mal Waldron and many others. He was the epitome of a hard bop tenor man and an agile flautist, plus importantly, he also bore the skills to cope with the leader’s eccentricities and mood swings. Larry Gales, who began playing bass at the age of twelve, was a regular with Monk during the sixties and was the reliable bedrock of the quartet as well as being first call for saxophonist Johnny Griffen and later during the seventies, holding down the bass chair with Kenny Burrell. A prolific recording artist, Ben Riley from Savannah, Georgia, was one of the most recorded jazz drummers of the twentieth century. His highly inventive style and versatility made him not only a favourite with Monk, but also with leaders with such diversity as Kenny Barron and Red Garland to Horace Tapscott and Alice Coltrane.

Recorded over three sessions at New York’s 30th studios, the album covers a good cross section of Monk’s most telling works of the time and opens with his own composition Locomotive, not the most famous train referenced tune in music, but a piece with excellent impact that has a great, slightly subdued momentum that highlights a truly superb opening solo from Charlie Rouse, plus great work from bass and drums, alongside Monk’s off-beat interjections and his own mid paced solo excursion. The Ellington standard I Didn’t Know About You is kicked off in real “Dukish” style from the piano, but with additions that could only have come from Monk himself, and is answered by a straight ahead controlled and expressive solo from the tenor. The quartet begin to dig a little deeper with the title track, the Monk classic Straight No Chaser. There is a heightened sense of purpose and even aggression with this one, that most listeners will be familiar with all members of the quartet having their say on a tune that understandably has become a true jazz standard and reprised many thousands of times by bands and musicians at all levels. The Japanese composition by Rentaro Tuki, usually known as Kojo No Tsuki, the longest track on the album, goes even further to emphasise the total empathy between the leader and Charlie Rouse, with an almost seamless interweaving performance from start to finish. Thelonious Monk was a master at putting his own spin on great standards, his solo albums are a particularly good example. On this occasion he combines with bassist Larry Gales in a truly magnificent rendering of Harold Arlen and Ted Kohler’s great standard Between The Devil And The Deep Blue Sea first introduced at the Cotton Club in Harlem in 1931. This is a fascinating listen and shows two master musicians in perfect harmony. The rather jaunty We See, another Monk standard finds Charlie Rouse in joyous mood with a fine sense of swing as Monk is content to punctuate, before his own contribution over more excellent and imaginative support from bass and drums. A very brief This Is My Story, This Is my Song precedes the final two bonus numbers on the CD version, a reprise of the Ellington classic from track 2, and finally the masterful Green Chimneys, another original that finds the pianist at his most creative, both as a player and composer, as he shares the solo space on this superb number once again with Charlie Rouse, bringing to a close an album that should be in every discerning jazz fans collection for its sheer quality and genius from first to last.

Originally recorded by Columbia in 66/67, this review refers to the CD re-issue including the bonus tracks*, produced by Orrin Keepnews in 1996. It can also be found on various digital platforms.