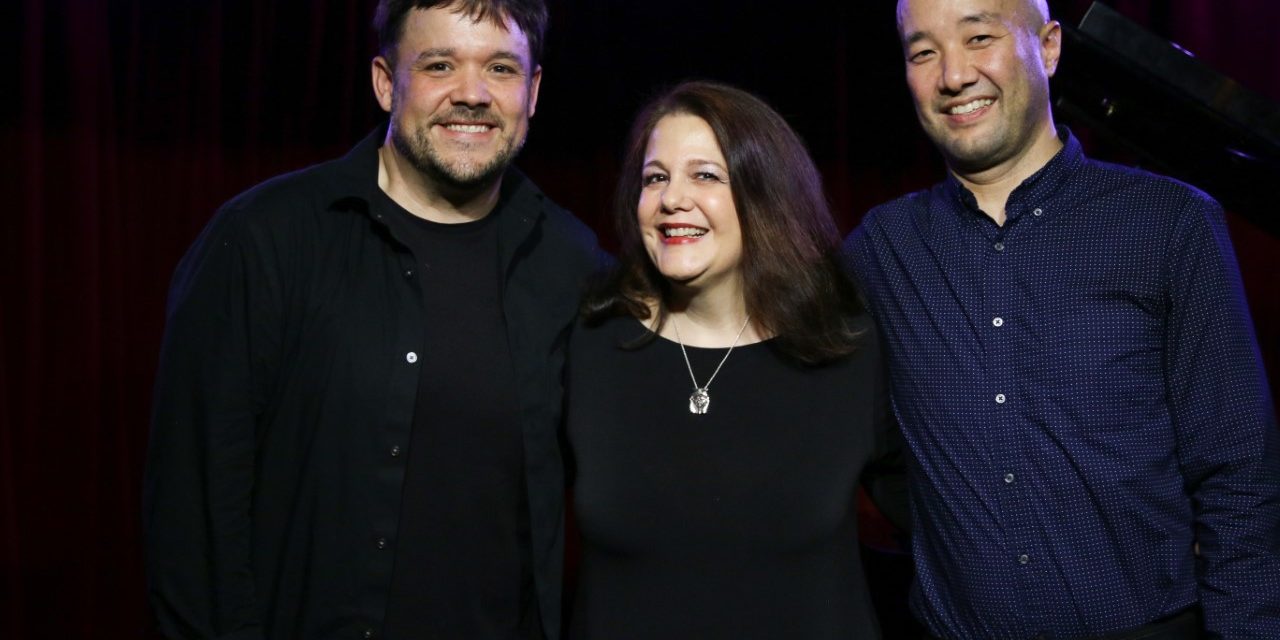 “I knew from a very young age that I wanted to be a professional singer and musician.”

It was to my good fortune and delight that Vicki contacted me about her new album Lotus Blossom Days asking if I would like to hear it. Replying in the affirmative I waited for the album to make its way across the pond unaware of the contents of the recording and just how good it is.

Vicki has steadily built a career in the US that has seen her make away from singing locally in Maine where she grew up to working in Boston and San Jose, California and making waves on the New York for the last decade.

With her own headlining show at the prestigious Birdland in a few weeks’ time I was delighted to have the opportunity to talk to Vicki about the new album and her career.

Firstly, can you tell us a bit about your new album?

Lotus Blossom Days has a few different themes that I wanted to weave together artistically. First, the album tells the story of a love affair from joyful beginning, through feelings of betrayal and bitterness to a final resolution that puts it into a greater perspective and more of a “universal love”.

Next, I wanted to sing some tunes that were originally instrumental, but later had lyrics written. I was very inspired by Karrin Allyson’s album, Footprints. She had some great lyrics by Chris Caswell and Jon Hendricks written to instrumental tunes. In fact, I recorded Chris Caswell’s lyrics to “Equinox (A Long Way To Go)”.

I also wanted to choose songs that weren’t too overdone. “Sidewinder” for example, has only been recorded a couple of times before by vocalists and I really love the lyrics my student, Mary Ellen Donald wrote.

I also wanted to sing some original music, mine and a song that I love that was written by vocalist, Tessa Souter. The other tunes, more well known standards were songs that I love to sing but also fit the storyline.

“A Long Way To Go/ Equinox” has such beautiful, deep and emotional lyrics I found it to be a perfect centerpiece for the album.  Billy Strayhorn’s “Bittersweet” I first heard at a live performance years ago and knew right away it was perfect for the album I was envisioning.

I love Billy Strayhorn’s compositions and “Lotus Blossom Days”, another Strayhorn tune, was a perfect companion piece. Roger Schore’s lyrics for both of these tunes (along with Carol Sloane for “Lotus Blossom Days”) are full of wit, depth and sophistication and beauty and I really loved working on them!

Finally, I wanted to have a real “band” sound and concept and so I worked a lot with the same musicians (primarily Art Hirahara on piano and Sam Bevan on bass) to workshop the tunes for a few years before we recorded them.

I was extremely fortunate to have some gorgeous arrangements written for most of the tunes by my ultra talented bassist, Sam Bevan. This was a key factor in creating cohesion in the band sound which I feel my band and I achieved on the record and thus was very satisfying to me!

One of the highlights of the album is to hear you scat, and your wordless vocalising on ‘You Don’t Have To Believe’ by Tessa Souter. Is scatting something that you have always been interested in, and part of your live performances?

I have been fascinated with scat singing ever since I heard Ella Fitzgerald as a teenager. My father challenged me to learn how to do it and I made a vow that I would figure it out somehow! This is before you could major as a jazz singer in college, so I learned to copy Ella’s solos and later Charlie Parker and Miles Davis before I started to figure out the mysteries of chord changes!

The band sound very played in. Are these musicians that you get to work with on a regular basis?

Yes! As I had previously mentioned, I wanted a true “band sound”. Another vocalist I greatly admire, Tierney Sutton, had a regular band for years and I was really inspired by that concept. Art and Sam and I play together a lot, do I consider them my “core band”.

You have recorded previously with your debut album Siren Song in 2005 and Live at Anna’s Jazz Island (2008). Why have you waited so long before releasing Lotus Blossom Days?

Well, there were a number of reasons. When I first moved to New York, I had to take a day job as a hotel concierge for the first five years which frankly wreaked havoc on my health.

I have only been doing music full time again (since I was last full time in San Francisco from 2000-2008) for the last few years. Then the pandemic hit, and the album was recorded during 2020 and 2021. We were finally able to mix and master it and get it released just last July.

How did you become interested in music, and becoming a jazz singer?

I knew from a very young age that I wanted to be a professional singer and musician. I love many different genres of music including folk and pop and world music, but jazz is the music that never fails to take my breath away in its beauty and the constant surprise of improvisation.

Who would you say have been influences on you along the way?

Now my influences and inspirations are my fellow singers in the New York and wider jazz community: Tessa Souter, Kenny Washington, Roseanna Vitro, Michelle Walker, Kate Baker, Gabrielle Stravelli, Aimee Allen and Susan Tobocman to name just a few. Most of these singers are also wonderful songwriters, too.

On your albums to date you have placed a strong emphasis on standards and the Great American Songbook. Is this the repertoire that you enjoy singing the most, and where you feel most at home?

I love the Great American Songbook! Just last night I had an amazing dream where I was giving a lecture and performance that talked about the history and influence of this music.

There is so much richness in the music and wit and wisdom in the lyrics of great songwriters like Cole Porter, Irving Berlin, the Gershwins, Jimmy Van Heusen and Johnny Burke, Harold Arlen and Johnny Mercer to name just a few…however, I am also really excited about singing original music!

I am already at work planning my next album which will have some of my originals and also some of my talented fellow singers.

And finally, what about plans for the future? I know that you have a big show coming up at the beginning of February at Birdland, and also that you would like to reach out to audiences in the UK and Europe.

I have been hard at work with booking in the new year. I am just thrilled to be performing for the first time at Birdland with my own group (I have been onstage as part of other singer’s concerts before) and also to be returning to one of my favourite NYC venues, Mezzrow in Greenwich Village in March.

I hope to do another West Coast tour in July and will be singing in my home state of Maine in the fall. It is a dream of mine to sing in the UK and I would really love to perform there one day soon!

Click here to read our review of Lotus Blossom Days.