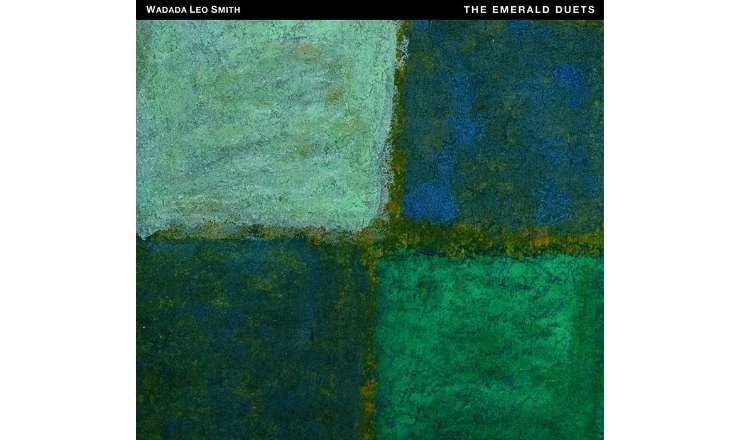 This release is a five-album, boxed set of Smith playing with different, renowned drummers of our times, recorded between 2014-2022. See end for full information.

Wadada Leo Smith was born in Mississippi, his musical life beginning with high-school concert and marching bands.  When thirteen, he became involved with the Delta Blues and other music traditions.

His formal education in music came from his stepfather, a composer and guitarist, then through the U.S. Military band programme, Sherwood School of Music and Wesleyan University, Middletown, Connecticut, USA.

He has studied a variety of music cultures, from African, American, European, Indonesian and Japanese sources.  He is a multi-instrumentalist, specialising in trumpet work and is also a composer and improvisor.

He defines his music as Creative Music and it focuses on political issues that have impinged upon his life.  Titles such as Ten Freedom Summers (Defining Moments in the History of the United States of America) are definitive and commonplace.

That is a large work (four-CD boxed set) inspired by the civil rights movement.  An alternative is The Patriot Act: Unconstitutional and a Force that Destroys Democracy.

Smith has been honoured by many, diverse associations active in the arts and music: DownBeat Magazine, Jazz Journalists Association, Jazz Times’ Critics Poll, the NPR Jazz Critics Poll, The New York Times, the Pulitzer Prize in Music and The Wire, to name a few.

He has been on the teaching faculty of a number of musical education institutions.

Emerald Duets links Smith to four different and highly discrete drummers/percussionists over five discs.  Most of the set is Smith’s compositions, but six of the works with Bennink are spontaneous, duo compositions.

Bennink was a founding contributor to the European free improvisation scene, but his work here reveals his familiarity with and grounding in pre-bebop and his understanding of the application of legroom and stillness when shaping his approach to an exchange of ideas.

TUM Records’ releases contribute an important amount of Smith’s output from the latter part of his creative activity.  His trumpeting remains pure and its clear call echoes the environments from which he learned – Don Cherry, Ornette Coleman, Miles Davis – and the blues.